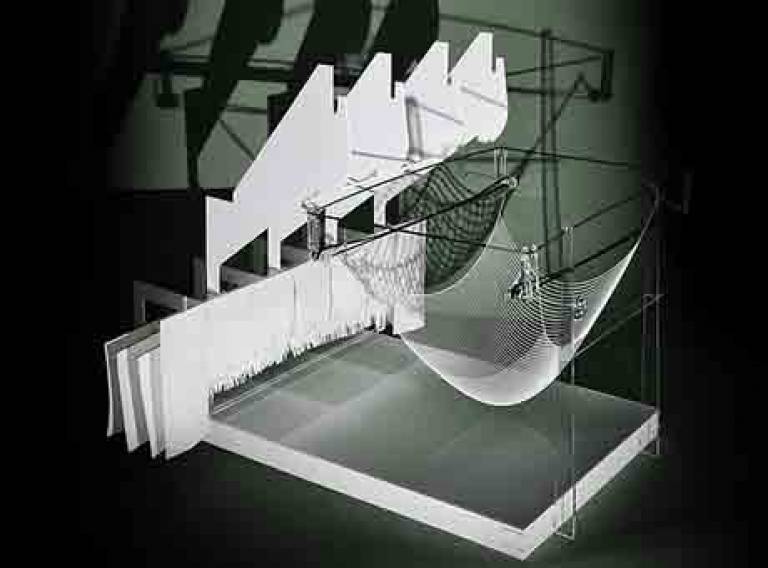 The Bartlett School of Architecture’s Julia Backhaus and Martin Tang have been commissioned by The Royal Ballet to create an interactive set as part of series of performances celebrating Wayne McGregor's 10th anniversary as Resident Choreographer at London's Royal Opera House.

Choreographers Charlotte Edmonds and Robert Binet invited architects Backhaus and Tang to transform the Royal Opera Houses’s Clore Studio from its everyday function as a dance studio into an immersive, intimate theatre.

Together they have created an in-the-round performance space, suspended above which is a huge structure of looping catenary curves, suspended from the four corners of the Clore’s high ceiling.

"I don’t think it will feel like a regular theatre", predicts Backhaus. "You can hear the breathing of the dancers. You are exposed to the dancers’ bodily expressions in such a close way."

'The New Charlotte Edmonds and Robert Binet' performance is showing at the Royal Opera House in London from 10 – 19 November 2016.