A group of year 4 students from The Bartlett School of Architecture’s March Architecture Unit 17 are raising money to fund a construction project in West Galway, Ireland. 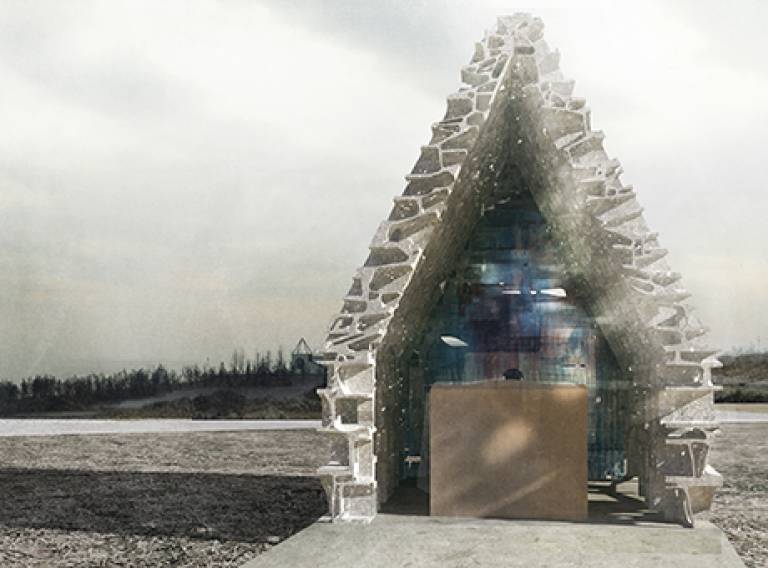 The ambitious student-led project aims to create a 'ghost' of the existing St Macdara chapel located on a remote island off the coast of Connemara.

Students are proposing to build a negative skeleton of the existing Macdara chapel to create a web of gaps which will form the main enclosure. The interior of the structure will be filled with beautifully crafted religious artefacts which will be used during the annual Macdara mass on 16 July.

Students aim to design and install the temporary 'ghost building' in May 2016. Both the structure and religious artefacts will be manufactured at The Bartlett School of Architecture and other workshops in London and the UK, before being transported on to Connemara via Dublin. Its pilgrimage to Ireland and the places it will visit on its way is as important as its construction and its final setting on site.

Bartlett Unit 17 student Malina Dabrowska, says: "We would like the project to become a platform not only for cultural exchange but also to encourage other architecture students to become involved in building architectural projects which relate to a wider context socially and culturally."

The project has been inspired by this year's Unit 17 design brief led by Bartlett tutors and practicing architects Professor Níall McLaughlin and Michiko Sumi.