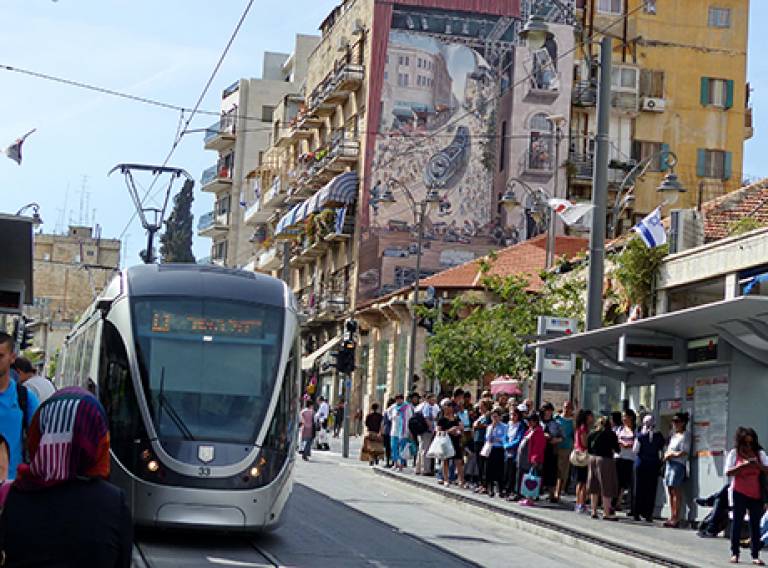 To mark the mid-point of the two-year Contested Urbanism project, researchers at The Bartlett's Space Syntax Laboratory have launched a film 'Learning from Jerusalem' and have guest edited a special feature on Jerusalem published in the leading academic journal, CITY: analysis of urban trends, culture, theory, policy.

The film uses space syntax methods to analyse some of the main changes in Jerusalem’s twentieth century history. It focuses on the city's shifting borders, politics, demography, religion, planning and public transport – navigating through Jerusalem's development towards its contemporary urban reality.

Learning from Jerusalem from Bartlett School of Architecture on Vimeo.

Led by Dr Jonathan Rokem with Professor Laura Vaughan, both the film and the article are outputs of the Contested Urbanism research project which investigates the role of political, spatial and social factors in shaping urban segregation in Sweden and Israel.

The Contested Urbanism research project is funded by the European Union’s Horizon 2020 research and innovation programme under the Marie Sklodowska-Curie grant agreement No 658742.