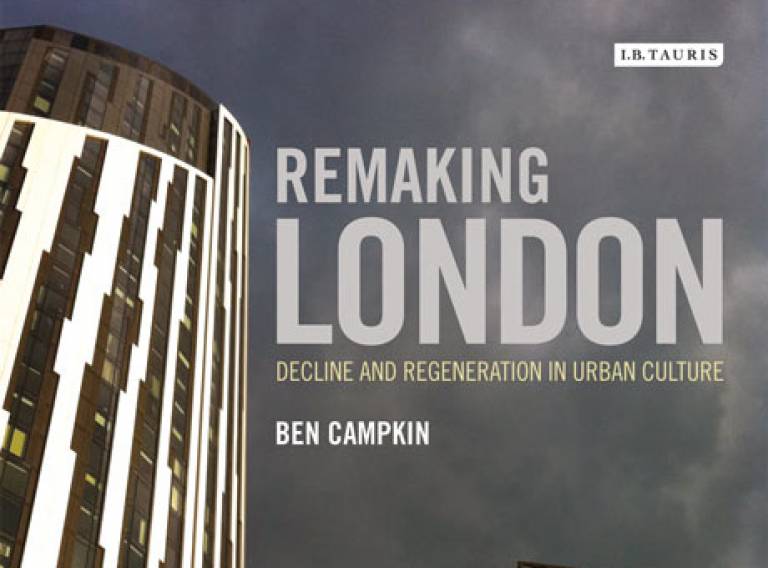 Remaking London (I.B Tauris, 2013) provides a historical account of urban regeneration, exploring how decline and renewal have been imagined and realised at different scales. Focusing on present-day regeneration areas that have been key to the capital's modern identity, the book explores how these places have been stigmatised through identification with material degradation, and spatial and social disorder.

The jury described Remaking London as "[A] methodologically sophisticated inquiry into the drive to 'regenerate' areas of London seen as blighted or in decline. Surveying a diverse collection of texts ranging from individual buildings and temporary theater installations to photojournalistic essays and films, Campkin’s analysis of the cultural discourse surrounding urban decline and regeneration in the UK’s largest city is innovative, eye-opening and engaging. Given the intense debates occurring over the many regeneration schemes currently underway in the city, it is also extremely timely."

The award was announced at the National Communication Association annual convention in Las Vegas, Nevada on 21 November.

Listen to Ben Campkin speak about regeneration and ‘imaginaries of decline’.