Bartlett student on 2015 Designs of the Year shortlist 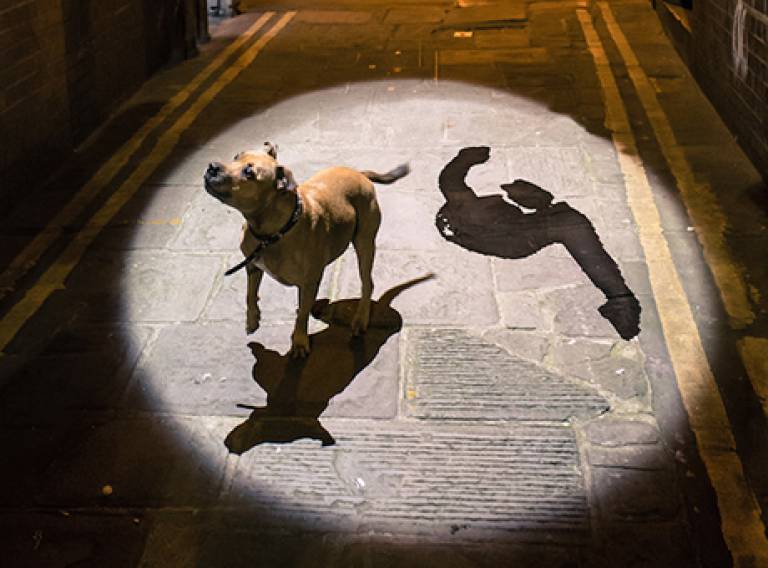 Shadowing, a project by Bartlett School of Architecture student Matthew Rosier and US-based interaction designer Jonathan Chomko, has been shortlisted for the Design Museum's Designs of the Year awards 2015.

Seventy-six nominations in six categories were selected by the museum from recommendations submitted by design experts, practitioners and academics. Shadowing has been selected among the Digital nominations along with Megafaces, a project by Bartlett Architecture alum, Asif Khan.

Shadowing is an interactive installation embedded within streetlights throughout the city. It creates pockets of memory in the street; capturing the shadow of a pedestrian as they pass underneath the streetlight and then projecting it back to accompany the next person who passes by. Shadowing was first commissioned by Watershed as the winner of the 2014 Playable City Award and was installed in eight locations across Bristol during September and October 2014.

All seventy-six of the selected projects which will go on show in a dedicated exhibition from 25 March at the Design Museum. A winner from each category and an overall winner will be announced later this year. Winners will be selected by a jury chaired by artist Anish Kapoor and that includes fashion designer Nicole Farhi, industrial designer Tom Lloyd and architect Farshid Moussavi.

Matthew Rosier is currently a student on the Bartlett's MArch Architecture Unit 11 programme.