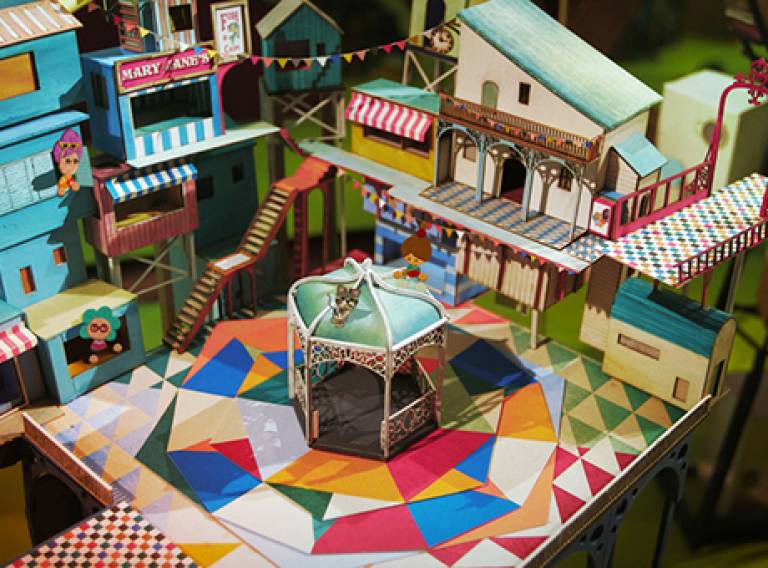 Bartlett School of Architecture alum Catrina Stewart has been awarded a BAFTA for Artistic Achievement for the computer game Lumino City. The game was created by the studio State of Play Games with a cross disciplinary team of architects, fine-artists, prop-makers and animators.

Three years in the making, Lumino City is a handcrafted puzzle adventure game, made entirely from paper, card, wood, miniature lights and electric motors. Gamers explore the city using their ingenuity to piece together all sorts of puzzling mechanisms to help the people who live in its unique world.

Lumino City - Official Trailer from State of Play on Vimeo.

After being approached by State of Play, Catrina began working on the game in soon after graduating from The Bartlett School of Architecture in 2011. Her role in the project was as an architectural designer and set builder.

She says: "Everything within the game was built by hand, culminating in the building of a 10 foot high model city. The city was made up of small finely detailed models to create the environments for the game, and miniature lights and motors were built in to animate the scenes."

Catrina graduated from The Bartett's MArch Architecture Unit 12 with a Distinction for her project the ‘London City Farmhouse’. She is a cofounder and partner at Office S&M, and a teaching fellow at the Bartlett School of Architecture, UCL.

Lumino City is available to download for Mac & PC from Steam store page here, and on the Mac App Store here, where it received an Editor’s Choice award.