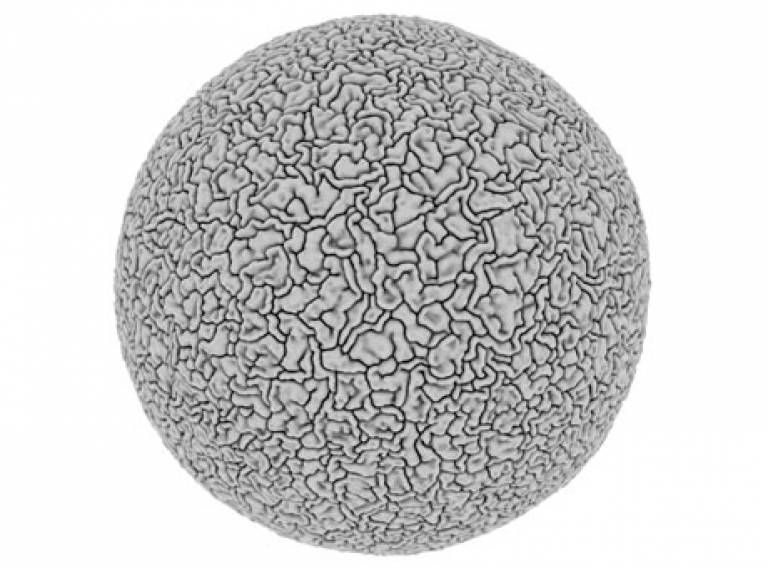 Digital artist Andy Lomas has joined The Bartlett School of Architecture's postgraduate Architectural Design (AD) programme where he will teach as part of Wonderlab, a research lab focused on innovating new computational territories for application in design and fabrication processes.

Lomas is a mathematician, digital artist and an Emmy award-winning supervisor of computer generated effects. His art practice focuses on exploring the relationship between growth and form, in particular how digital simulation of morphogenetic processes can be used to create extremely complex sculptural forms. His work has been exhibited internationally in over 50 joint and solo exhibitions, including SIGGRAPH, the Japan Media Arts Festival, the Arts Electronica Festival, the Los Angeles Center for Digital Art and the Centro Andaluz de Arte Contemporaneo. In 2014, he was awarded the Lumen Prize for computer art.

He has over 20 years experience in film and TV computer generated effects, he was Head of Computer Graphics at Framestore and ESC Entertainment (the main studio that worked on The Matrix sequels), as well as working at Dreamworks Animation. Production credits include Walking With Dinosaurs, Matrix: Revolutions, Matrix: Reloaded, Avatar, Over the Hedge and The Tale of Despereaux. He has received Emmy's for his work on The Odyssey (1997) and Alice in Wonderland (1999).

Lomas' research is focused on the use of GPU technology to enable massively parallel complex computation of complex data, as well as the application of machine learning to aid creative and design processes. He will teach alongside Alisa Andrasek and Daghan Cam on Wonderlab's Cluster 1.