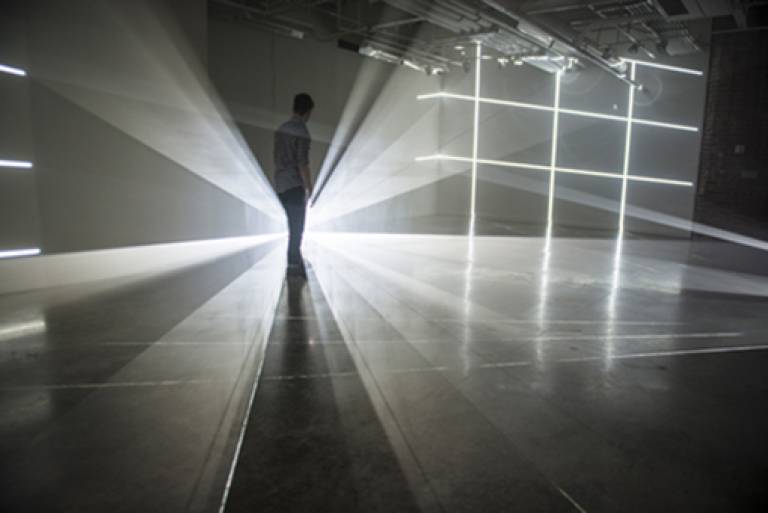 The $100,000 grant, which is awarded annually to a single architect to support travel-based architectural research, aims to spark innovative research during the early stage of an architect’s professional career.

Quynh Vantu is one of three architects shortlisted for the prize, who include Erik L'Heureux and Malkit Shosan. The shortlisted applicants were chosen from nearly 200 submitters spanning 51 countries. The winner of the prize is to be announced at the end of April 2015.

Currently a PhD candidate on The Bartlett's PhD Architectural Design programme, Quynh Vantu's Wheelwright Prize proposal is Movement: The Threshold and Its Shaping of Culture and Spatial Experience (pictured). She is a recipient of a Fulbright Fellowship to study in the UK, as well as a founder of the London-based practice, Studio Quynh Vantu, which is devoted to spatial experimentation.

This year’s jury was led by Michael Hays, Professor and Associate Dean of Academic Affairs at Harvard GSD, and included Mohsen Mostafavi, Intl. Assoc. AIA, Dean of Harvard GSD; Craig Evan Barton, Assoc. AIA, Director of the Design School at the Herberger Institute for Design and the Arts at Arizona State University and Elisa Silva, Founder of Enlace Arquitectura as well as professor at the Simón Bolívar University in Venezuela.

K. Michael Hays, Wheelwright Prize Organising Committee Member and 2015 Jury Chair says: 'The strength and diversity of the applications are growing each year, making the jury’s job increasingly difficult. It’s gratifying to see so many young architects approach their work as part of larger intellectual projects.'