Congratulations to Bartlett graduate Marcela Aragüez who has been awarded the UCL Turner Prize for best dissertation from the MSc Spatial Design: Architecture and Cities (SDAC). 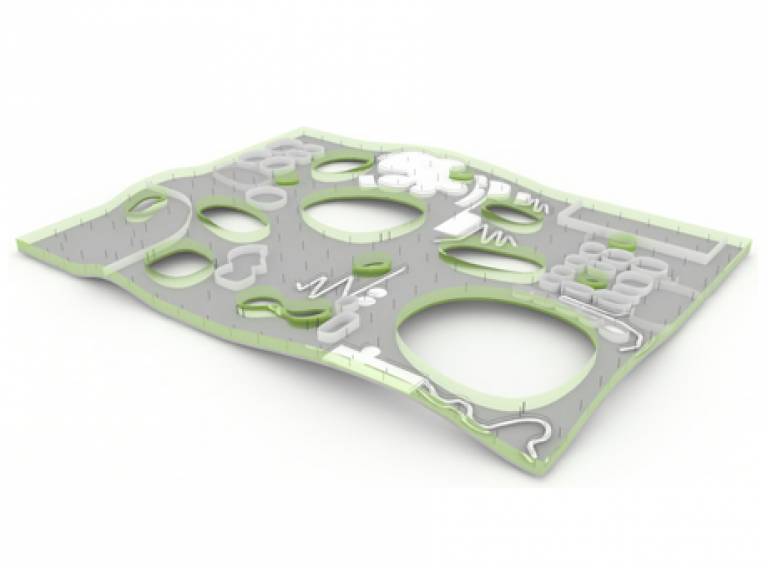 Aragüez’s research is entitled ‘An Enclosed Landscape Spatiality: The Rolex Learning Centre by SANAA in Lausanne’, and was developed under the supervision of Dr Sophia Psarra.

The Turner Prize was created in 2011 in memory of Alastair Turner, whose work made a profound impact in the realm of space syntax research and teaching. The prize is funded by the design consultancy Spacelab and the Dean’s List. The dissertation had the support of the Media & Communication Department of the École Polytechnique Fédérale de Lausanne (EPFL) and the help of Professor Dieter Dietz, Director of the ALICE Research Group at the EPFL School of Architecture.

Aragüez’s work analyses the spatial system and social patterns observed at the Rolex Learning Center (RLC), whose geometry is characterised by its undulated floor and ceiling. The work demonstrates that, by substituting walls and partitions, undefined space is the organiser and distributor of programmes in the building. One of the most remarkable findings of the research reveals that certain areas present a disjunction between levels of permeability and visibility which, vis-à-vis the effects produced by the undulations, generates a series of informal practices rarely to be found in public in an academic environment.

In addition to the MSc course, Aragüez has developed independent research about Cedric Price’s literary influences and its relationship to his thinking, presented and published in the I International Conference on Architectural Design & Criticism Criticall at the Polytechnic University of Madrid and in LOBBY magazine.