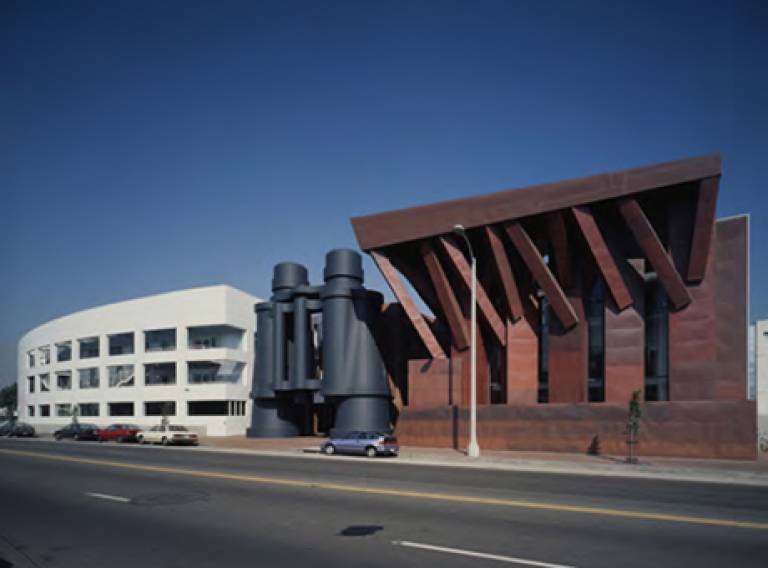 Frédéric Migayrou Chair and Professor of Architecture at The Bartlett School of Architecture, has curated two major shows on American architect Frank Gehry to mark the opening of Gehry's most recent building, the museum Foundation Louis Vuitton in Paris. Frank Gehry at the Pompidou Centre and an exhibition at the Foundation Louis Vuitton both opened to the public in October.

The Pompidou retrospective, launched in parallel with the opening of the Foundation Louis Vuitton, describes the development of Gehry's formal and architectural language through the different periods into which his career may be divided, from the 1960s to the present. Sixty major projects, including the iconic Vitra Design Museum in Germany (1989), the Guggenheim Museum Bilbao (1997), the Walt Disney Concert Hall (2003) and the Beekman Tower in New York (2011) are featured.

The exhibition at the Foundation Louis Vuitton, also curated by Migayrou, gives the public an opportunity to immerse themselves in the creation of Gehry's building. The show presents the design work in its entirety, from the first sketches to the completion of building work. The exhibition is open until 16 March 2015.

Professor Frédéric Migayrou will give a lecture Reread Frank Gehry on 27 November, 1-2pm at in the G.02 Lecture Theatre at 140 Hampstead Road, NW1 2BX.