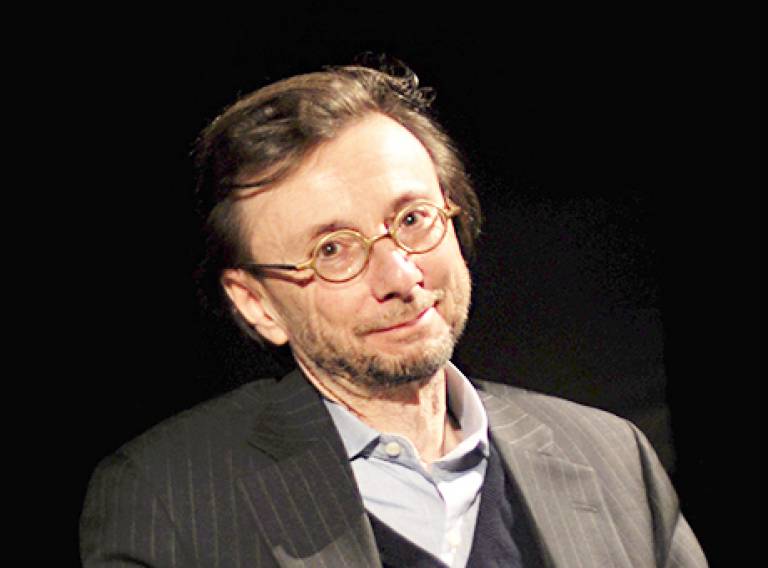 The Bartlett School of Architecture at UCL has appointed Mario Carpo as inaugural Reyner Banham Professor of Architectural History and Theory.

Professor Carpo, the internationally renowned architectural historian and theorist, joins The Bartlett from Yale University where he has been the Vincent Scully Visiting Professor of Architectural History since 2010. His research and publications focus on the relationship between architectural theory, cultural history, and the history of media and information technology. His award-winning Architecture in the Age of Printing (MIT Press, 2001) has been translated into many languages and his most recent book, The Alphabet and the Algorithm (MIT Press, 2011), a history of digital design theory, has received great critical acclaim.

This prestigious appointment honours the legacy of architectural theorist and critic Reyner Banham, who was the Chair of Architectural History at The Bartlett School of Architecture from 1964 to 1976. Banham is widely regarded as one of the most important and influential architectural historians of the twentieth century, particularly in relation to experimental design and technology, which remain core priorities for The Bartlett. Artist and editor Mary Banham, who lives in Central London and collaborated on many of Reyner Banham's books and articles, has approved the title in honour of her husband’s legacy.

Professor Bob Sheil, Director of The Bartlett School of Architecture, comments: “Professor Carpo’s appointment brings to The Bartlett a distinguished scholar of international renown. His focus on digital technology in architectural design and history is particularly suited to our present trajectory and complements a thriving area of experimentation and innovation within the School. Professor Carpo joins a distinguished team of historians and theorists, and reinforces the institution’s leading reputation in the field. To associate his position with one of UCL’s greatest legacies is a fitting and timely act”.

Professor Carpo adds: “I am pleased and honoured to take up this post and look forward to teaching and working at The Bartlett. I am delighted that my title bears the name of Reyner Banham, whose work was so influential and who has been a great inspiration to me as an architectural historian.”

Professor Carpo’s appointment is effective from May 2014.