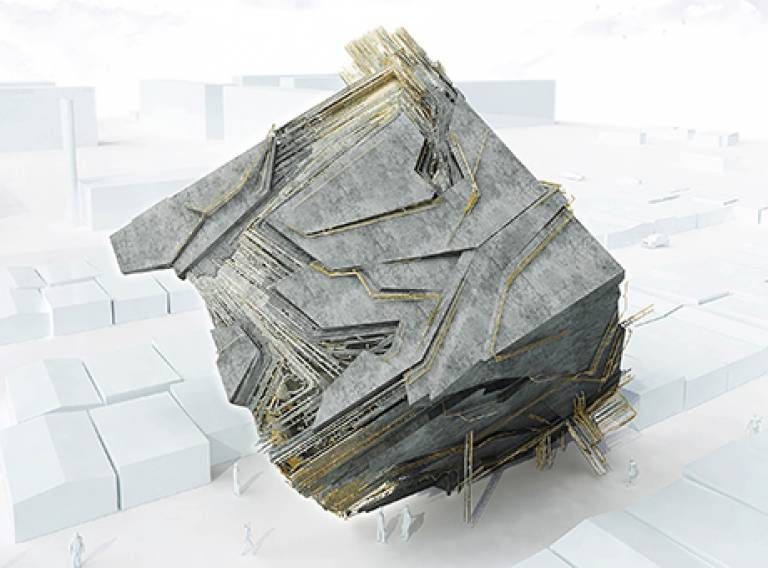 Bartlett B-Pro tutors Isaie Bloch and Gilles Retsin have won second prize in the Homemade Dessert & Liepaja City Council architectural competition, which asked for a public building in Karosta, a former military town in the south-west of Latvia.

The prizewinnig project, ‘karosta kube‘ (pictured above), deliberately maintains the existing fabric of garages and storage areas already located in Karosta. The angled volume is relatively small, programmed with civic commonplace amenities including a canteen, a daycare centre, and a workshop located into neighbouring garage boxes / storage units.

The jury said of the work: "Both the architectural expression and the programming of this proposal made it stand out as an especially creative and rooted response. Its function is paradoxical to its form: a radical, symbolic monument that re-imagines the coastal concrete bunker; yet programmed with civic commonplace amenities including a canteen, a daycare center, and a workshop..."

At the end of last year, Bloch, under his artist name Eragatory, was awarded the coveted 'Artist of the Year' award at the global 3D Printshow for his i.materialise design, Satire. (pictured below). 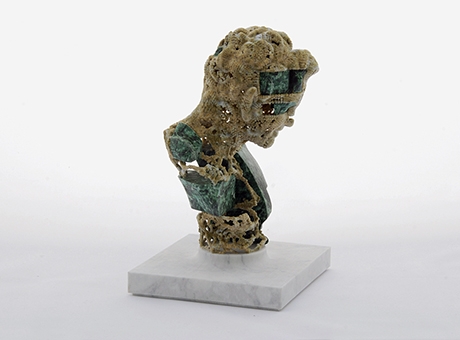