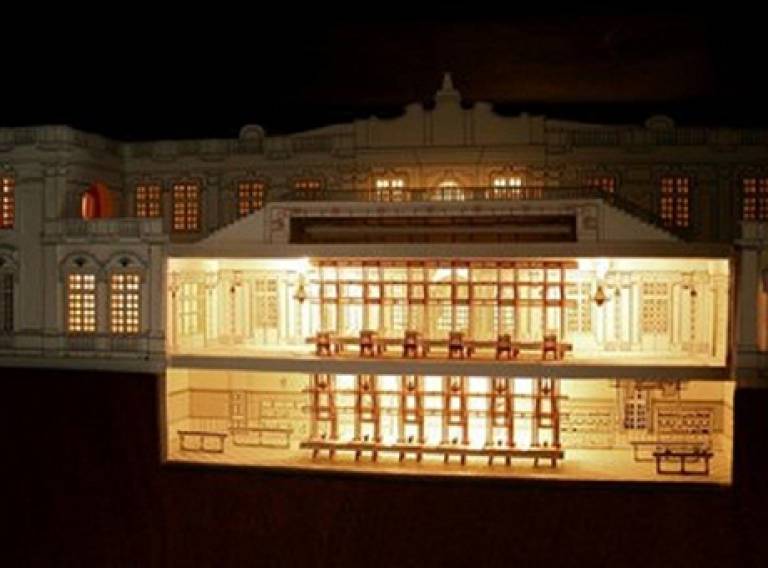 The Cultural Endowment of Estonia has acquired Bartlett Alum Fiona Sheppard’s 'The Stolen Kiss', an artwork depicting the history of the Kadriorg Palace in Tallinn.

The piece consists of a miniature model of the palace along with graphic material, which together analyse the emotional values of the architectural space, telling the fictitious story of an 18th century love triangle. The piece was Sheppard’s diploma (Part 2) work at the Bartlett School of Architecture in 2005, and the same year won the school's Thesis Prize. It was exhibited in the building which inspired it in 2011, as part of the Tallinn Architecture Biennale and will now be housed there permanently as part of the collection of the Art Museum of Estonia.

Image: Fiona Sheppard, The Stolen Kiss (2005). Courtesy of the Art Museum of Estonia