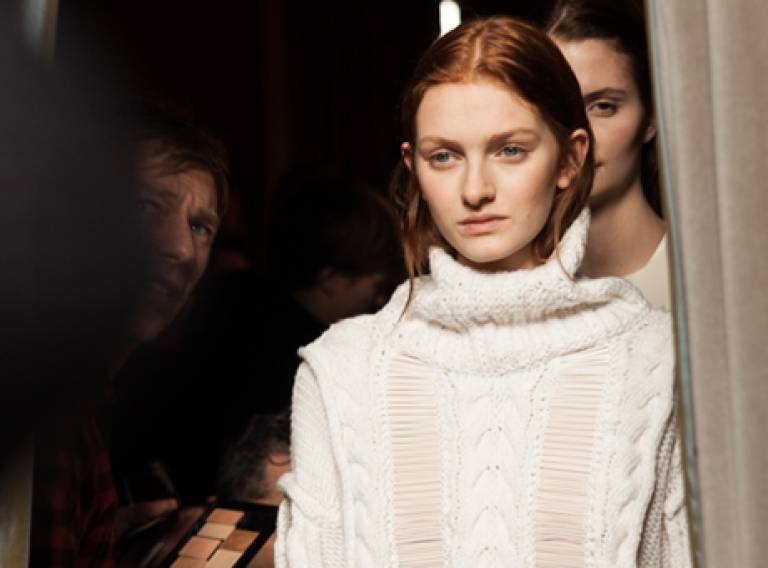 To produce textiles that could move like traditional cloths, Beckett chose specific machinery that could create the tiny nylon parts needed to keep the material flexible. "I used an EOS Formiga P100 SLS system due to its ability to build at high definition, one of the few systems that would allow you to build such complex movable parts at this size," Beckett tells Dezeen.

3D printing has been inspiring artists, architects and engineers for the past few years, and has previously appeared in Haute Couture collections by designers such as Iris Van Herpen, but Pringle claims this is the first time the technology is being used for ready-to-wear.