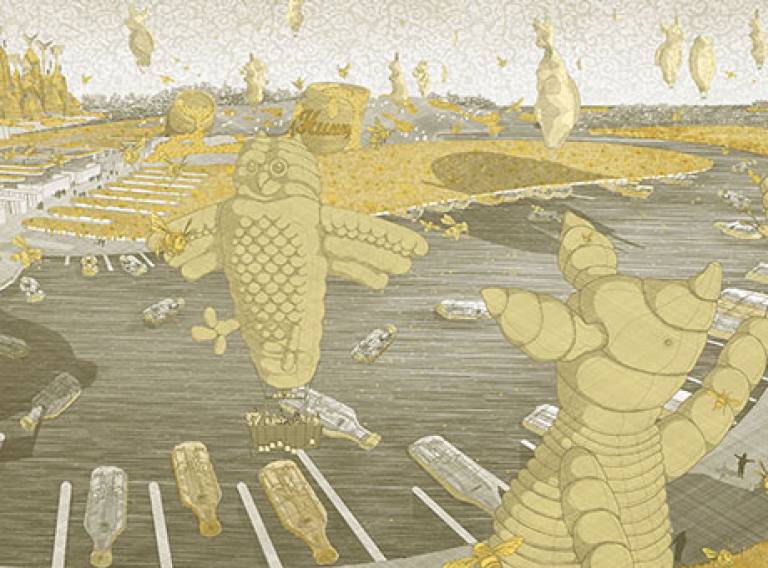 We are delighted to announce that Bartlett School of Architecture student Nick Elias was last night (Wednesday 3 December) awarded the RIBA Silver Medal for best design project at a ceremony at the Royal Institute of British Architects (RIBA). Fellow Bartlett students Louis Sullivan, Leon Fenster and Emily Priest also received commendations in the President's Medals. The prestigious awards, which date back to 1836, reward talent and excellence in the study of architecture.

Nick Eliasand his project 'PoohTown' (pictured above) received the RIBA Silver Medal for best design project at Part 2. The project revisits 1920's Slough and the social inequality the town experienced during its industrial expansion – the decade when A.A. Milne’s Winnie the Pooh was first conceived. 'PoohTown' proposes 'happy' architectures where residents can live, work and play together in a sustainable economic network. It establishes the grounds for a subtle critique of today’s cities potential to prescribe policies of happiness alongside familiar amenities and alerts for the need to design for emotions as a way to find architecture’s purpose in a changing world. Nick Elias studied in Unit 10, tutored by CJ Lim and Bernd Felsinger, in the school's MArch Architecture programme. 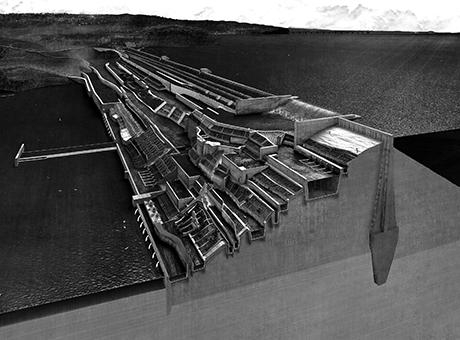 Louis Sullivan, tutored by Matthew Butcher, Elizabeth Dow and Professor Jonathan Hill in MArch Unit 12, was awarded a commendation in the Silver Medal category for 'The Living Dam' (pictured above). His work is a proposal towards a new typology of dam in response to the current anti-resevoir sentiment and the recent history of the world's largest dams. 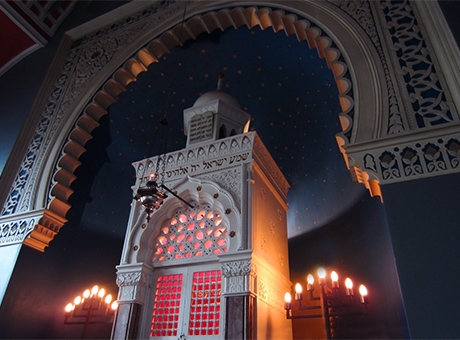 Leon Fenster, also a student in Unit 12, received a commendation in the Dissertation Medal category for 'Exilic Landscapes: Synagogues and Jewish architectural identity in 1870s Britain'. Supervised by Professor Murray Fraser, his dissertation considers how the architecture of synagogues in Britain in the 1870s contributed to the dramatisation of the Jewish worldview that took place within them. 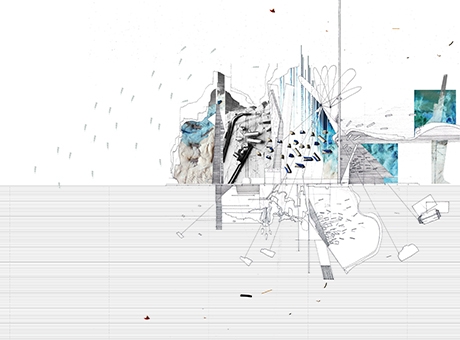 A commendation in the RIBA Bronze Medal category was awarded to Emily Priest for her design project 'Rong Xhan Safehouse'. The project proposes a refuge for children on the outskirts of Hanoi on the edge of the Red River, an area that regularly floods soaking the riverbank with polluted water. The scheme responds to the flooding by using the water to create a warning façade that alerts the children whether or not it is safe to enter the building. Emily studied in Unit 1, run by Holly Lewis and Sabine Storp as part of the school's BSc Architecture programme.

This is the fourth consecutive year students from The Bartlett School of Architecture have won (in at least one category) at the RIBA President's Medals Student Architecture Awards, and the sixth time a Bartlett student has won the Silver medal since the awards began in 1986.  These outstanding achievements have been welcomed and endorsed by The UCL Provost, Professor Michael Arthur, The Bartlett Dean, Professor Alan Penn, The Chair of School, Professor Frédéric Migayrou and the Director of the School, Professor Bob Sheil.

Professor Sheil said: "We are immensely proud of our students success. Together with their dedicated team of tutors, it is they who keep The Bartlett at the forefront of innovation, ideas and excellence in architecture."

The 2014 President's Medals Student Architecture Awards Show, a free exhibition celebrating this year’s best student architecture and showcasing new ideas and from around the world opens to the public in the Practice Space, RIBA, 66 Portland Place W1 on 4 December 2014 and runs until the 31 January 2015.