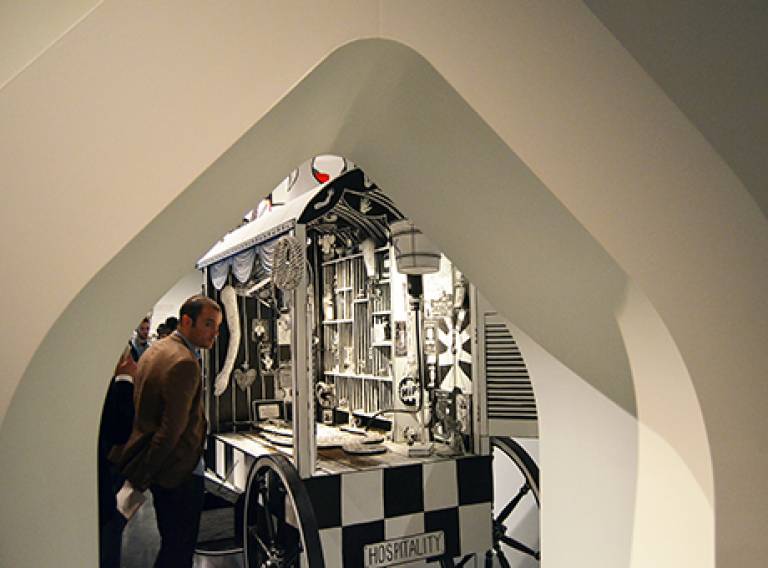 The exhibition is a presentation of an original work of fiction by author Hari Kunzru, transformed into a walk-in story by leading graphic designers, typographers and illustrators.

Professor CJ Lim has designed the exhibition as a Palace of Memories, he explains:

"...inspired by the Palace of Westminster, the exhibition design takes its cue from the formal grandeur of the windows and arches of the building at multiple scales to arrange and display the pieces in the show."

"The design is a city in a building. It facilitates the multitude of exhibits ranging from 2D to digital art to large 3D installations. Deep windows allow glimpses and create the enveloping intimacy, while tall arches symbolise London's tall structures while defining each chapter of the exhibition."

Sky Arts Ignition: Memory Palace runs at the V&A from 18 June to 20 October 2013. Memory Palace by Hari Kunzru is published in June 2013. An accompanying programme featuring the exhibition was broadcast on Sky Arts 1 HD on 19 June.

Read reviews of Memory Palace on the: