The Bartlett’s James O’Leary and his practice Kreider + O’Leary are working with Tate curator Marianne Mulvey and Caruso St. John Architects to develop an experiential history of Tate Britain. 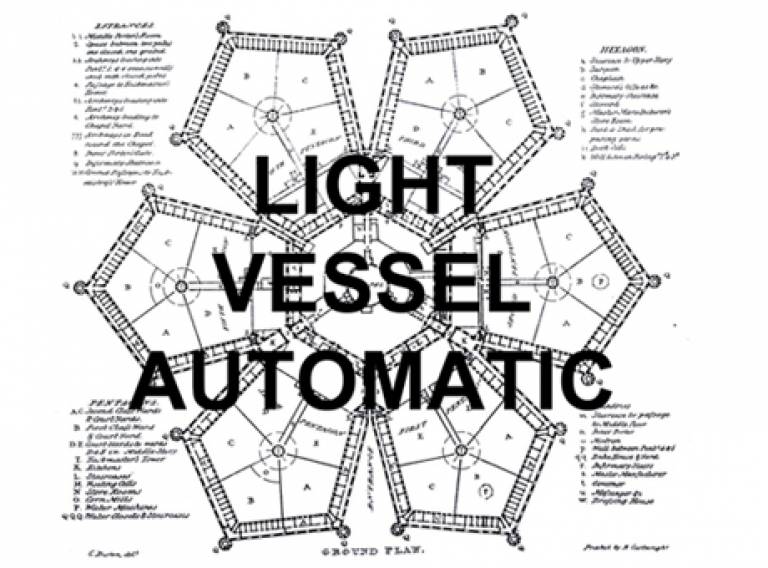 As the gallery undergoes a further stage of transformation designed by Caruso St. John, they have had access to the construction site where new openings are being pierced into the historic building fabric, and previously unseen spaces are being refurbished for public access.

Alongside this contemporary transformation, Kreider + O’Leary are conducting research into representations of the site through time - from its geological birth as an eyot at the fork of the river Tyburn, to locus of panoptic surveillance systems of the Millbank Penitentiary, to National Gallery of Art, to its current form as Tate Britain.

For ‘Performing Architecture’ at Tate Britain in February 2013, Kreider + O’Leary conduct a guided tour entitled ’LIGHT VESSEL AUTOMATIC’ exploring specific details of the building fabric. With archaeological levels of detail, they use images, video and architectural elements to explore the site as the fulcrum for a number of inter-related systems, whether spatial, historical, social or artistic. These systems reveal a series of interlocking narrative threads that coalesce around the site, entangling its history and forming a foundational mesh for its future potential.