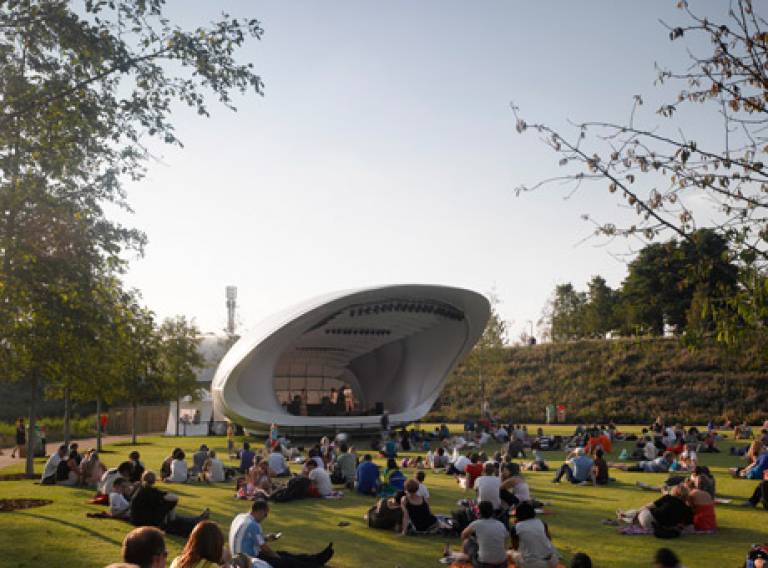 The shell known as 'Soundforms' made its debut as the official Olympic Bandstand in the Olympic Park at London 2012.

The architect’s website describes Soundforms: "Designed from the inside out, this shell will allow the performers to hear one another, radically improving the quality of their performance. The shell’s dynamic and organic form delivers unparalleled acoustic projection – initial tests indicate a significant improvement in the broadcast quality of the sound produced for both performers and audience."

Paul Bavister is Associate Director at BFLS Architects, he graduated as an architect at The Bartlett School of Architecture in 1999 and currently co-runs Unit 14 on the Bartlett's MArch Architecture with James O'Leary.