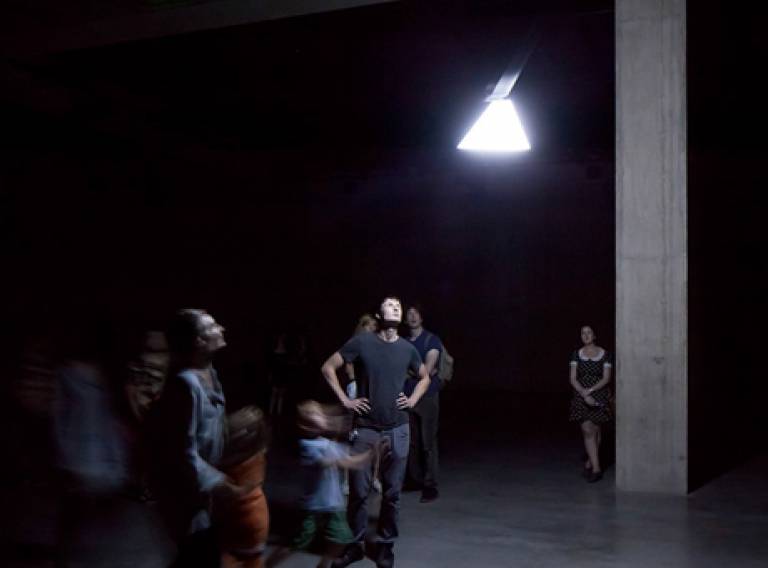 Bartlett School of Architecture Lecturer Ruairi Glynn and his robotic installation called ‘Fearful Symmetry’, recently on show at Tate Modern, have been featured on the BBC News website and wired.co.uk.

The interactive piece consists of a glowing tetrahedron that glides through the air from a 21-metre motorised rail above visitors' heads in one of the Tate Modern's new underground spaces called The Tanks.

Part automated, it measures people's movements with Microsoft Kinect cameras, as found on the Xbox games console. When visitors come into its vicinity, the robot responds with a set of pre-programmed reactions, from playful movements, to dramatic withdrawal.

In order to make the artwork, Ruairi recruited a team of more than a dozen people, including sound designers, software engineers and robotics experts, from Middlesex University and Kings College London.