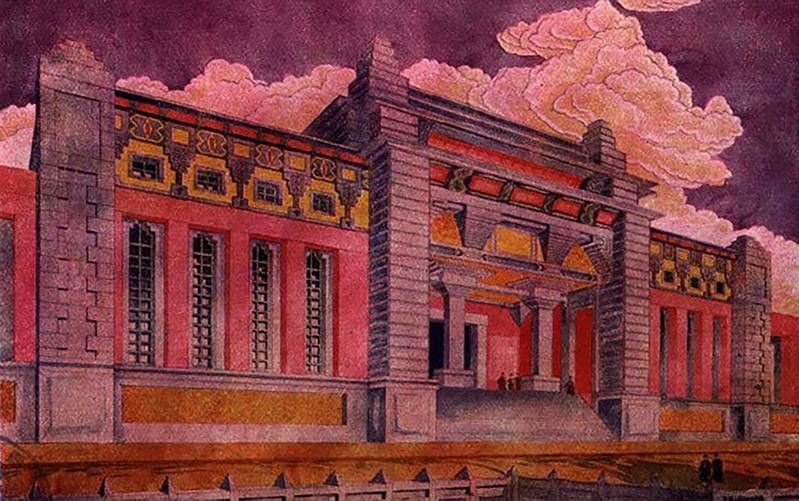 The Modernity of Chinese Architectural Drawing’s Subjectivity: From the Representation of Cosmology to the Design of Traditions

Chinese architectural drawing underwent profound change around the beginning of the twentieth century, from the traditional tu (the Chinese character for drawing) that possessed a distinctive set of terminologies and geometric principles, to a new form of drawing that incorporated and adopted Western Euclidean geometry and its associated terminologies. Framed by China’s wider programme of modernity at the start of the twentieth century, this thesis explores the expressions of drawing and the projected identity of authorship on drawing (drawing’s subjectivity), and the inheritance and transformation of these factors from ancient tu to ‘modern’ forms of drawing in the Chinese context.

The research is arranged in two parts: the first explores the ancient tu and the second examines early modern drawings, under three thematic methodologies – architecturally, sociologically, and historically. Architecturally, the research treats drawing as both the method and the object. This paper etymologically analyses the terminologies and geometrically deconstructs the composition of drawings, locating them in the visual traditions of both stages. Sociologically, this thesis borrows the concepts of tradition and collectivities under the perspective of multiple modernities, interrogating the relationship between drawing, its authorship and traditions. Historically, the thesis is constructed under the perspective of comparative history and argues for an ‘entangled’ historical approach in which Western drawing traditions and Chinese tu traditions were interwoven and resulted in the construction of modern Chinese drawing in multiple ways.

This research reveals that both the ancient tu and modern drawing can function as unique architectural sites that expresses subjective intentions rather than being just representations of buildings. However, in keeping with the consistent expression of subjectivity, ancient tu and modern drawing entailed distinctive modes of constructing the boundaries of collective identities. While ancient tu indicates the association between constituting tu and expressing the philosophy of Chinese cosmology, modern drawing constructs a new collective intention of designing the Chinese unique modernity in correlation with traditions with the rise of individual architect’s identity.

Lina Sun is a PhD Candidate on Architectural & Urban History & Theory at The Bartlett School of Architecture. She was trained as an architect and architectural historian at Tianjin University China. Afterward, she had working experience as a researching and teaching assistant at Tianjin University, where she participated in government-funded research projects working on traditional buildings and engaged in several conservation projects for architectural heritage in China. Lina has interdisciplinary research experience in archaeology. She has publications in Journals and conferences both in Chinese and English.

Lina Sun “The Reused Components and the pre-Liao History Reflected by the Components of Guanyin Pavilion in Dule Temple” [J], Architectural History, 2016(38)

Lina Sun “Radiocarbon Dating and the History of Guanyin Pavilion in Dule Temple” [C], Peking University Graduate Students Forum: The Past, Present and Future of Archaeology. 2013.12

Lina Sun “How to Use Radiocarbon Dating in the Investigation and Research of the Reused Material in Guanyin Pavilion” [C], China University of Technology (Taibei): The 2013 International Youth Forum and Conference on Cultural Heritage Conservation. 2013.9