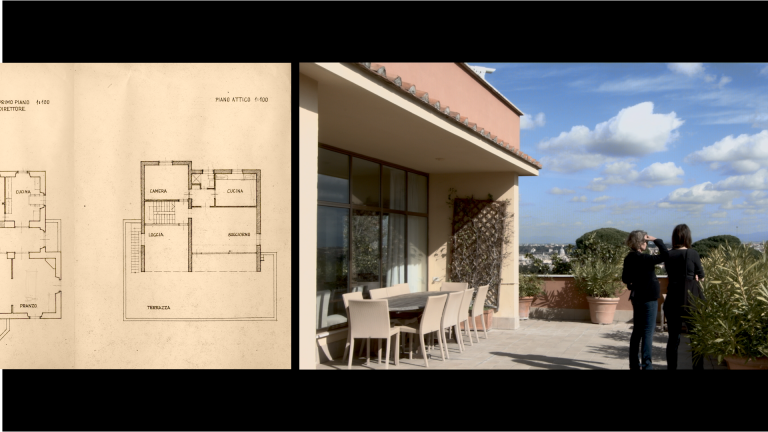 Following Norberg-Schulz: An Architectural History through the Essay Film

This book examines the 'window' in the life and work of the seminal architectural thinker Christian Norberg-Schulz (1926 – 2000). It draws new attention to his architectural designs and re-examines his acclaimed theoretical work on the phenomenology of architecture and place within the context of a biography of his life, linking him with other historical figures such as Helen Keller and Rainer Maria Rilke, and framing him within the modernist tradition of the latter.

Taking a novel, experimental approach, the book also explores the potential of the essay-film as an innovative new approach to producing architectural history. Bridging archival research and artistic exploration, its ten chapters, written by an architectural historian who is also a film-maker, are each accompanied by a short documentary film, hosted online and linked from within the chapter, which use the medium of film to creatively explore and delve deeper into little-known aspects of Norberg-Schulz's theory of genius loci and the phenomenology of architecture. The book questions what it means to 'follow' those who came before, exploring the positionality of the architectural historian/filmmaker.

Offering an insightful account of the life, work, and theory of a key thinker, Following Norberg-Schulz is also essential reading for those interested in practice-led research methodologies, particularly in the practice of film-making and the essay film, providing a highly innovative example of scholarly research which bridges the text-film gap.

This is a free event. Please register to attend on Zoom.

Anna Ulrikke Andersen is an architectural historian and filmmaker, currently a postdoctoral researcher at the Disobedient Buildings project University of Oxford and junior research fellow at Wolfson College. She holds a PhD in architecture from the Bartlett School of Architecture, supervised by Jane Rendell and Claire Thomson. She has since held a Fellowship at Harvard Film Study Center, curated the exhibition Chronic Conditions: Body and Building (2021) commissioned by the Lisbon Architecture Triennale and has been a 2021 Fellow of the Future Architecture Platform. Following Norberg-Schulz: An Architectural History through the Essay Film (2022) is her first book.

Jane Rendell is Professor of Critical Spatial Practice at the Bartlett School of Architecture, UCL. Introducing concepts of ‘critical spatial practice’ and ‘site-writing’ through her authored books: The Architecture of Psychoanalysis (2017), Silver (2016), Site-Writing (2010), Art and Architecture (2006), The Pursuit of Pleasure (2002); her co-edited collections include Reactivating the Social Condenser (2017), Critical Architecture (2007), Spatial Imagination (2005), The Unknown City (2001), Intersections (2000), Gender, Space, Architecture (1999), Strangely Familiar (1995). She leads the Bartlett’s Ethics Commission, (with Dr. David Roberts), and ‘The Ethics of Research Practice’, KNOW (Knowledge in Action for Urban Equality) (with Dr. Yael Padan).

Lilian Chee is Associate Professor at the Department of Architecture, NUS, where she co-leads the Research by Design Cluster. Her research connects embodied experience and affective evidence with architectural representation, affect theory, feminist politics, and creative practice methods. Her award-winning film collaboration 03-FLATS (2014) has been screened in 16 major cities. Current books are Architecture and Affect (2022), Remote Practices (2022), and Art in Public Space (2022). She is co-directing a series of short films Objects for Thriving (2022) looking at elderly occupants through their objects, domestic spaces, and structures of feeling. She is leading a funded research project looking at home-based work practices and the relational transformation of public space and domestic architecture.

Claire Thomson is Professor of Cinema History at UCL, and Director of the MA Film Studies. Her research focuses on documentary and informational film, mostly in the Scandinavian context. She is working on a book about the unrealised/unfinished and unmade films of Carl Th. Dreyer, Ingmar Bergman, and Lars von Trier.

Image: Still from film The Norwegian Institute in Rome (2016) by Anna Ulrikke Andersen.