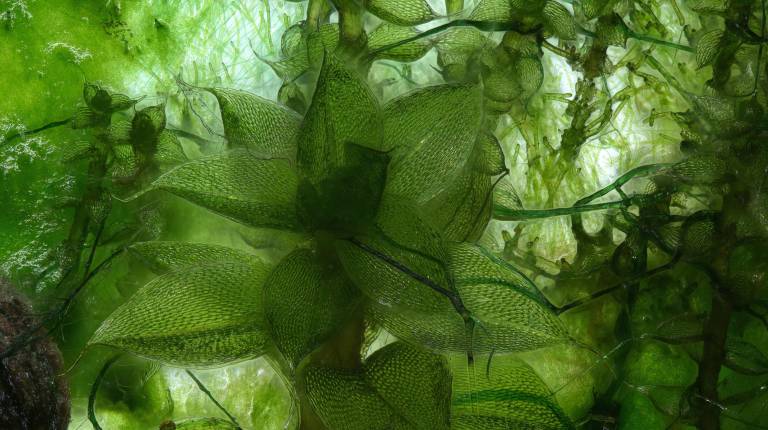 Streamed live on The Bartlett School of Architecture's YouTube channel, this event will be a discussion between hosts Azadeh Zaferani and Tom Dyckhoff and speakers Eunice Seng, Mari Hvattum, Federica Goffi and Igor Marjanović.

This event forms part of The Bartlett International Lectures Spring 2022.

This lecture is part of the annual PhD Research Projects conference and exhibition, this year on 22 and 24 February 2022, bringing together four of the event’s respondents, Eunice Seng, Mari Hvattum, Federica Goffi and Igor Marjanović. Variously located in Hong Kong, Norway, Canada and the United States, each speaker will contribute a specific response to the theme of “scale” in relation to their work and teaching practices. The subsequent group discussion will be co-hosted by PhD students Azadeh Zaferani and Tom Dyckhoff.

Eunice Seng is Associate Professor and Chair of the PhD Program in the Department of Architecture at The University of Hong Kong, and founding principal of SKEW Collaborative. Her work explores interdisciplinary intersections, transnational connections and agency in architecture, housing, domesticity, gender, labour and public space. Recent publications include Resistant City: Histories, Maps, and the Architecture of Development (WSP, 2020), Whose Habitat? Housing and the Dilemma of Architectural Production (TDSR, 2021), and Working Women and Architectural Work (Aggregate, forthcoming). She is co-editor of Dwelling in Asia, Journal of Architecture (2017), and Cosmopolitanism’s Others: Forgotten Histories of Transnational Architectural Practice, Architectural Theory Review (2022); and editor of Competency, Ardeth 10 (2022).

Mari Hvattum is an architect and architectural historian specialising on 19th and 20th century architectural thinking. She has taught architectural history and theory at Architectural Association, London, University of Edinburgh, and Central European University, Prague, before becoming professor at Oslo School of Architecture and Design in 2008. Her publications include Gottfried Semper and the Problem of Historicism (2004); Routes, Roads and Landscapes (ed. w/Brenna et.al., 2011); Modelling Time (ed. w/ Lending, 2014), and The Printed and the Built (ed. w/Hultzsch, 2018). Hvattum is currently completing the book Style and Solitude to come out at MIT Press in 2022.

Federica Goffi is Interim Director, Professor, and Co-Chair of the PhD Program in Architecture at the Azrieli School of Architecture and Urbanism at Carleton University. She published Time Matter[s]: Invention and Re-imagination in Built Conservation: The Unfinished Drawing and Building of St. Peter’s in the Vatican in 2013. Her edited works include Marco Frascari’s Dream House: A Theory of Imagination (2017); InterVIEWS: Insights and Introspection in Doctoral Research in Architecture (2019), And Yet It Moves: Ethics, Power, and Politics in the Stories of Collecting, Archiving and Displaying of Drawings and Models (2021); The Routledge Companion to Drawings and Models: From Translating to Archiving, Collecting and Displaying (2022).

Igor Marjanović is the William Ward Watkin Dean of Rice Architecture in Houston, Texas. He has published widely on architectural education, practice and identity formation in a globalized, multicultural world. His collaborative research projects have resulted in critically acclaimed books and exhibitions such as Drawing Ambience, On The Very Edge and a monograph on Chicago’s Marina City. Trained as an architect at the University of Belgrade and Moscow Architectural Institute, he earned his Master of Architecture from the University of Illinois at Chicago and PhD. from The Bartlett in London. He has worked in architectural offices around the world, including in Belgrade, Fortaleza and Chicago.