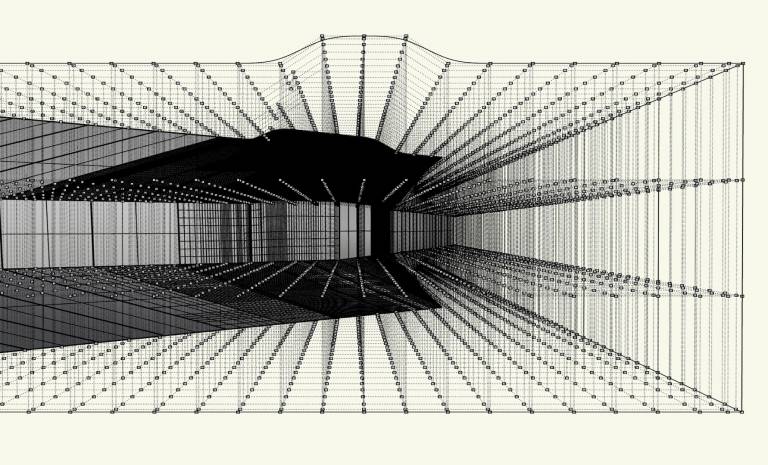 This Open Seminar curated by Alessandro Bava will focus on specific authors and practices that can help corroborate an hermeneutic framework to discuss the form of algorithms.

The consensus on the use of algorithms in architecture revolves around the false premise that the discipline is on a linear evolutionary path from (geometrical) simplicity to complexity.  Even research on digital fabrication attaches its quest for innovation on this vector. Comparatively 20th century developments in construction materials and techniques were driven by affordability and scalability, with the aim of increasing the living standards of the urban dweller; resulting in new compositional, formal and tectonic approaches.

Granted that new methodologies should correspond to new technologies, these should still be measured on their contribution to architecture, rather than on the extent to which they fulfill the potential of said technology as they are imported from other domains. Hermeneutic frameworks should not be found outside the disciplinary boundaries of architecture, risking a deep (and unproductive) schism between new technologies and the established ethos, knowledge and methodologies of the architect.

The essay ‘Computational Tendencies’ (Bava, 2020) attempted to weave a continuity between new technologies and the legacy of rationalism as elaborated by the loose group of Tendenza operating in Europe from the 1960s, guided by the idea that the foundations of computer science evolved out of architectural theory starting from the Renaissance, most prominently in regards to calculus and data science. This intuition is supported by the work of Roberto Bottazzi who identified the theoretical roots of current architectural software precisely in this lineage. This continuity is necessary if we are to understand the significant impact of algorithms on how we think about an architectural project.

In fact it remains to be established how we can interpret the new tools offered by algorithms and digital technology at large within the existing methodological framework of architecture. To put it simply, how are algorithms useful to architectural design? How do they expand the compositional, organisational and formal repertoire that constitute the main objective of architecture as a habitat-making discipline?

This Open Seminar will focus on specific authors and practices that can help corroborate an hermeneutic framework to discuss the form of algorithms, such as: Roberto Bottazzi (The Bartlett), Francesca Gagliardi and Federico Rossi (Fondamenta), Philippe Morel (ENSA Paris-Malaquais & The Bartlett), Provides Ng (The Bartlett) and Marco Vanucci (Open Systems). 20 minutes presentations by the speakers will follow by a final roundtable discussion. The Open Seminar will support the development of articles for Issue 02 of Prospectives in Spring 2022.

All B–Pro students and staff are advised to attend.

Alessandro Bava is an architect based in Milan. Currently he runs BB a collaborative architectural practice with Fabrizio Ballabio. After graduating from the Architectural Association he was part of åyr a collective making research on the sharing economy and domesticity and was the editor of Ecocore, an ecology magazine. He taught a research cluster on computational architecture within The Bartlett B-Pro programmes in the academic year 2020/21 and previously a history and theory course in the same programme. His work has been exhibited at the Venice Biennale, the Berlin Biennale, the Stedelijk Museum in Amsterdam, the Ludwig Museum in Cologne, Fondation Cartier in Paris, Moderna Museet in Stockholm and recently at the Quadriennale in Rome.