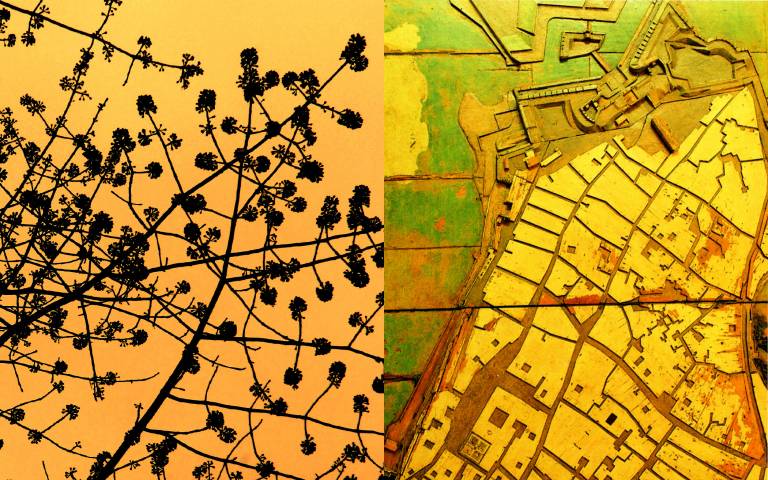 Urban growth is discussed according to the impact of size on syntactic measures of street networks, based on the analysis of three historical stages of seventy Adriatic and Ionian coastal cities. Like many socio-economic aspects of cities, the measures of length, connectivity, depth, choice, and depth entropy in axial and segment map representations, exhibit scaling properties as well. The allometric relationships of depth, choice, and entropy to size reveal distinct universality classes between cities on the Italian and Balkan coasts, and between cities with and without gridiron street patterns. In life sciences, scaling is used to calculate the body condition by comparing measurements of individual organisms to a population average, or baseline, as defined by the allometric equation.

Given the network-based analogy between organisms and cities, the method is applied to comparative urban studies to formulate relativized allometric measures of connectivity, depth, choice, angular depth, and least angle choice. The proposed allometric measures differ significantly from the measures of integration, NAIN and NACH. Also, the new measures depend on the comparison of a city to a large sample of cities, and thus face the challenge of dealing with cases that are not part of a regional or typological sample already studied. Ermal will address this issue by developing a comparison with two additional samples of cities from other regions and suggest that, for cities with unknown allometry, adopting the normalisation formulae from the Adriatic and Ionian sample would produce more accurate indices than the existing relativized measures in space syntax.

Ermal Shpuza, born in Shkodër, Albania, is an Associate Professor at the Department of Architecture, Kennesaw State University, and a Visiting Professor at Art History Department, Emory University. He holds a B.Arch. from Polytechnic University of Tirana, an MSc. in Architecture from The Bartlett, UCL, and a Ph.D. in Architecture from Georgia Tech. His research interests span across space syntax, urban morphology, complex systems in cities, workplace design, and vernacular architecture. He studies the transformation of Adriatic and Ionian coastal cities, and the interaction between boundary shape and circulation in the built environment. He has practiced as architect in many housing, hospitality, office, and urban design projects. He teaches courses in spatial analysis and urban design theory, and studios in urban design and environmental design.

This academic seminar series features researchers sharing their findings, discussing their ideas and showing work in progress from The Bartlett's internationally renowned Space Syntax Laboratory. Seminars are moderated by PhD candidate Sepehr Zhand. They are open to the public and attended by Bartlett’s staff and students.