Book Launch: Repurposing the Green Belt in the 21st Century 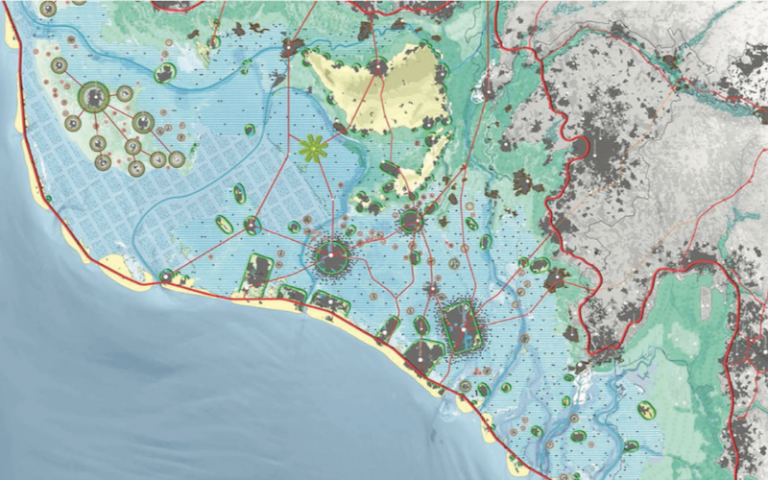 This event will be held on Zoom.

Join the authors of 'Repurposing the Green Belt in the 21st Century', including The Bartlett's Peter Bishop, as they discuss their new work.

The event will last an hour and will be chaired by Patricia Brown, CEO of Central.

Then reflections will be explored by four invited respondents: Nicky Gavron (Deputy Mayor of London 2000-2008), Peter Freeman (Chairman of Argent PLC), Paul Finch (editor of the Architecture Review) and Richard Knox-Johnson (CPRE) and finish with a lively discussion with the audience and social media participation.

“The green belt boundary cannot be drawn with perfect rationality. There is no clear divide between town and country on historical or geographical grounds. The only division we can see today is the one we have caused to be drawn on the map. It has, in a way, acquired the significance of its own history: just because we have once drawn the line, it has become part of the south-eastern structure.

The green belt is one of the few planning measures in the UK that has entered the public consciousness. Like the NHS it has a universal and widespread appeal and an almost sacred position. ‘Green belt’ is a powerful brand name that garners support often without a deeper understanding of its role and function. Very few people would argue that urban sprawl is a good thing, and most would support policies that preserve the open countryside around our towns and cities. In some ways the very success of green belt ‘brand’ is part of the problem. It polarises debate into two camps: those that argue for it to remain untouched and those who argue for its partial or total release for development. This makes any debate on the green belt both politically contentious and somewhat sterile.

'Repurposing the Green Belt' examines the history of how the green belt was formed and how its ideals have become distorted to protect the amenity of the few against the needs of the many. It examines the use of green belt policies in other European, American and Asian contexts and makes particular reference to the Netherlands where landscape urbanism has for many years been associated with a proactive and planned management of the urban hinterland.

A green belt that is restructured to meet long term environmental sustainability criteria could play a critical role in creating liveable cities and addressing climate change. Such an approach would be interventionist and would take environmental management, rather than planning, as its reference point. This represents a significant challenge to the ways in which we think about cities in the UK.

Image: ‘Reimagining the relationship between the city and its hinterland’, Rob Roggema, Hanze University of Applied Sciences Groningen, Netherlands