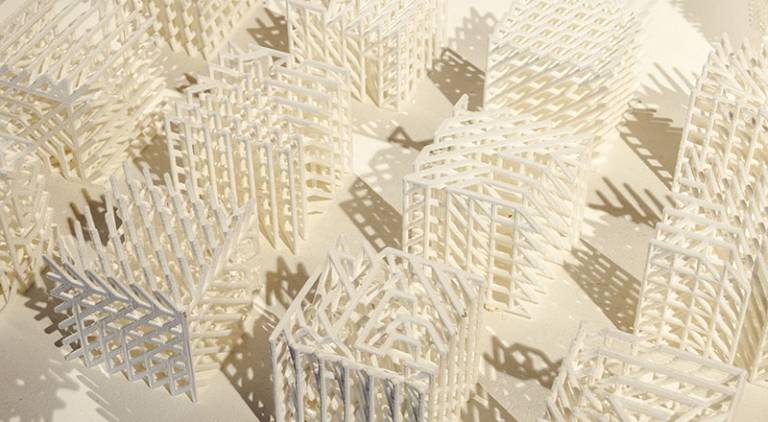 See individual lectures below for times and locations

This newly-established B-Pro History and Theory lecture series offers a platform for presentation, discussion and theoretical reflection upon the links between digital thought, architecture, and urban design. This year's lectures emphasise the key role computation plays within complex design synthesis and their cultural implications.

'Prospectives' aims to encourage and inspire current students and interested professionals, creating dialogue addressing academia, practice and beyond, as well as overall disciplinary concerns and frontiers.

The series is organised by Daniel Koehler and Roberto Bottazzi, co-ordinators of the History and Theory modules in our Architectural Design and Urban Design B-Pro programmes respectively.

On fish, dogs and the second computation turn 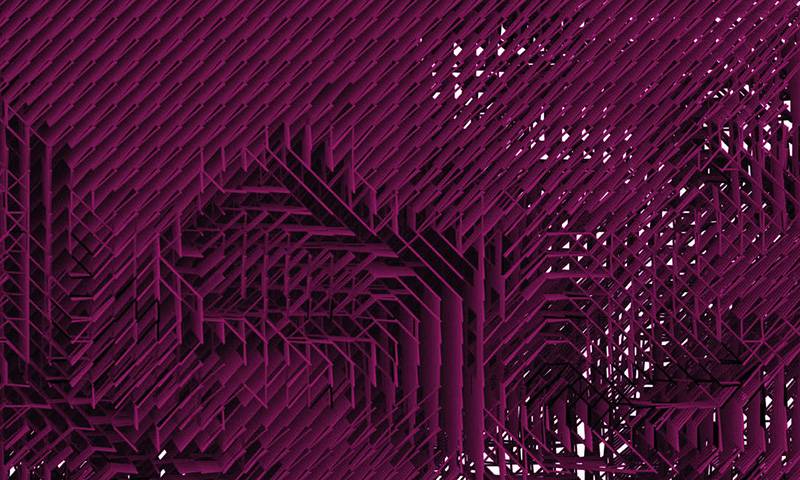 "Today the unprecedented power of computation favours a new kind of science where prediction can be based on sheer information retrieval, and form-finding by simulation and optimization can replace deduction from mathematical formulas.

Designers have been toying with machine-thinking and machine-learning for some time, and the apparently unfathomable complexity of the physical shapes they are now creating already expresses a new form of artificial intelligence, outside the tradition of modern science and alien to the organic logic of our mind."

Architecture from the intrinsic: from geometry to atoms to photons 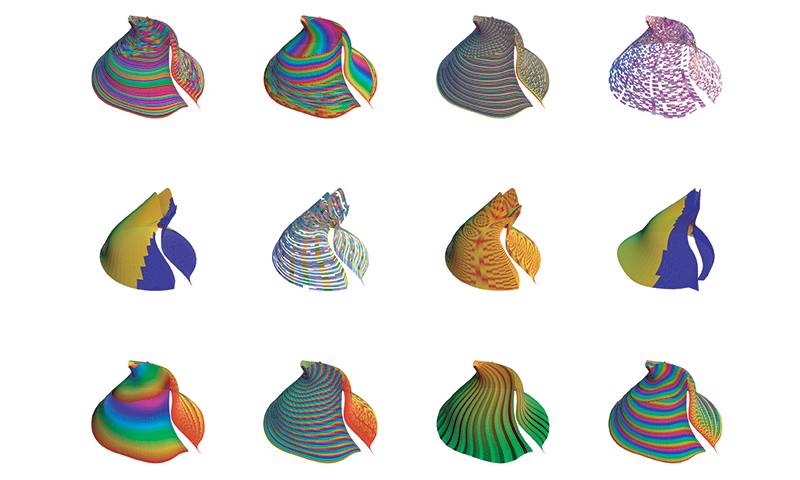 Image: Twelve mathematical shelters for a museum of unlimited extension

Truth is in the tower 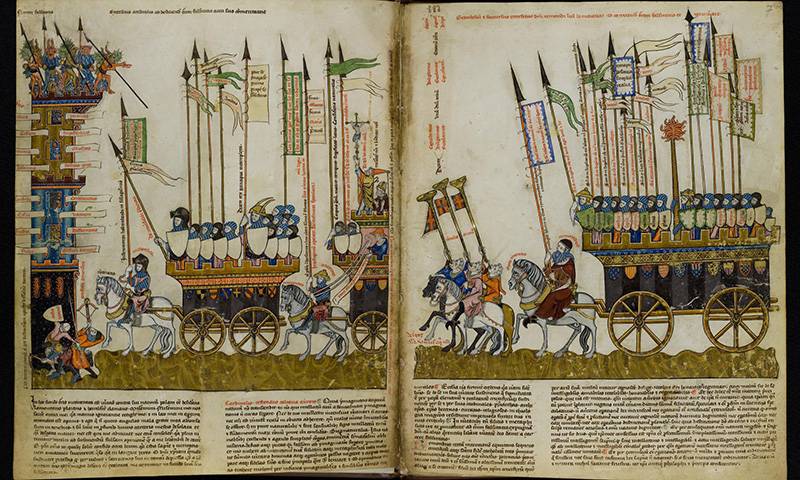 "Truth, abducted, is being held prisoner in the tower of falsehood, from whose high windows she calls out to be freed: so depicts Thomas Le Myésier in 1321. Riding to her rescue are three parties: At the front, Aristotle, armed with reason and the syllogistic apparatus of Greek logic; behind him, Averroes, armed with imagination and its wily short-cuts to destination truth which always elude Aristotle’s cumbersome reasoning; and at the rear, Ramon Lull, armed only with the revolving wheels of his Ars Demonstrativa. Lull’s paper wheels, precocious precursors to the brass wheels Leibniz installed in his Stepped Reckoner, mark the beginning of truth as a calculation housed in a machine.

As Lull anticipated, machines of thought, being uncontaminated by the error that plagues human cogitation, were to think no falsehoods, and certainly to have no truck with alternative facts. But the machines of thought, far from coming to truth’s rescue, in their latest avatars of bubbles and bots have started to resemble the multicolored demons that hang from Le Myésier’s battlements: deformity, confusion, emptiness, contrariety, idleness, weakness, hatefulness, and error. Perhaps she is free and it is now us who are imprisoned in the new space of the machinations of Llull’s machine?"

Francesca Hughes is an architectural theorist and educator, based in London where she teaches at the Architectural Association. She is author-editor of The Architect: Reconstructing her Practice (MIT Press, 1996), Drawings that Count (AA publications, 2013) and most recently, author of The Architecture of Error: Matter, Measure and the Misadventures of Precision (MIT Press, 2014). She is currently working on a prehistory of the universal discrete machine.

On Aesthetics, Sustainability and Interfaces: The architect as a cartographer of subjectivity 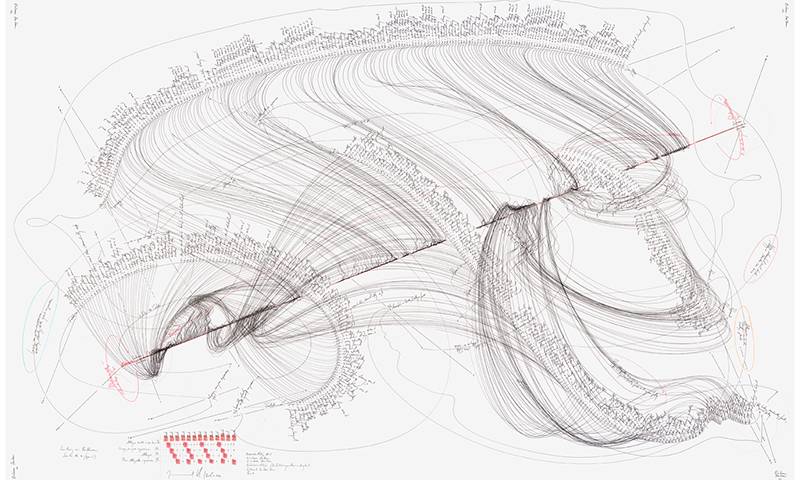 "A discourse about the importance of aesthetics, revisited through the lenses of systemic thinking, complexity theory and transdisciplinarity, in the sustainable design of city and territory.

A ‘map of paths’ based on referential sequences recalling not only the contemporary cultural imaginary but also a new conceptual apparatus sprung from the transdisciplinary union between thought, science and aesthetics, creating a cartography of resonances among different realms and presenting new models and tools for a different promising path in the evolution of cities." 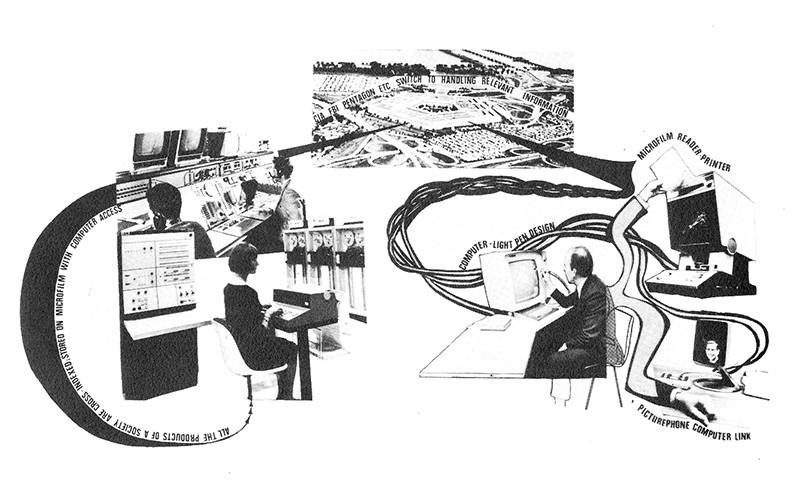 "The history of the quest for a cultural form for the computer is a history full of controversy, disputes and heated debate. The curiosity, as well as the intense fascination and fears it evoked in the past, remain often undiminished in contemporary discourse. This lecture deals with architecture’s endeavour to develop an appropriate form of culture for the structural logic of the computer. To elaborate these issues the lecture will delve into an ambivalent yet extremely enlightening chapter in the history of West-German post-war architectural criticism." 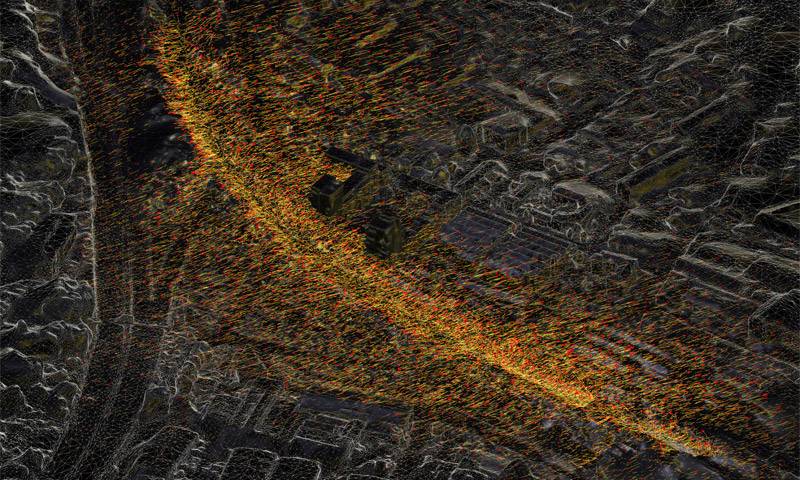 "Despite digital architecture holding an important position within contemporary discourse, it is perhaps paradoxical that there is still little awareness of the history, fundamental concepts, and techniques behind the use of computers in architectural design. This lecture will particularly concentrate on data in architecture and its use to describe and model space."

Roberto Bottazzi is an architect, researcher, and educator based in London. He studied in Italy and Canada before moving to London. He has been teaching at the Royal College of Art since 2005 and at The Bartlett since 2015. He is the author of the forthcoming Digital Architecture beyond Computers: Fragments of a Cultural History of Computational Design (2018) and editor of Walking Cities: London (2017). He has lectured and exhibited internationally.

Find out more about B-Pro 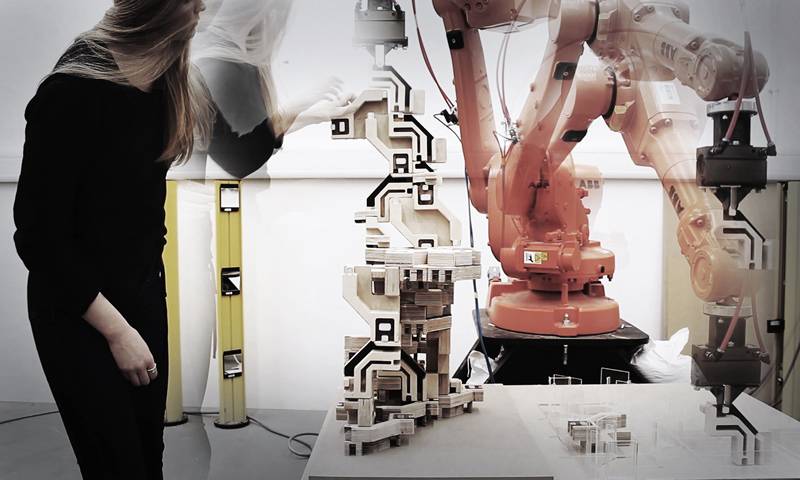