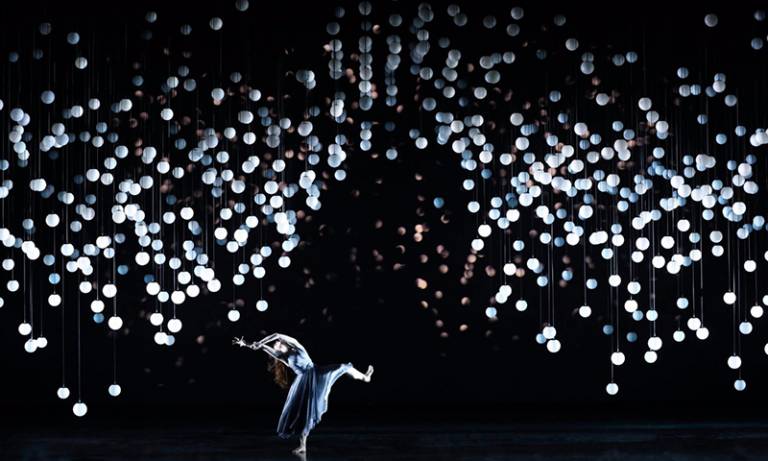 With lectures about engagement, situations, performance, making, manufacturing and engineering, Constructing Realities is an exciting, cross-disciplinary series presented by The Bartlett, generously supported by Populous.

Recent shifts in contemporary culture have produced an increasing overlap of practices, methods and approaches from the worlds of architecture, art, design and performance. This lecture series celebrates new forms of practice that explore the fast-evolving terrain, presenting installations, designs and events that provoke, critique and otherwise engage with their contexts and particular publics.

All the events in the series are free and open to all.

Keep the conversations going and enjoy complimentary beers after each lecture.

From patent to project: interdisciplinary design experiments in research, teaching and practice 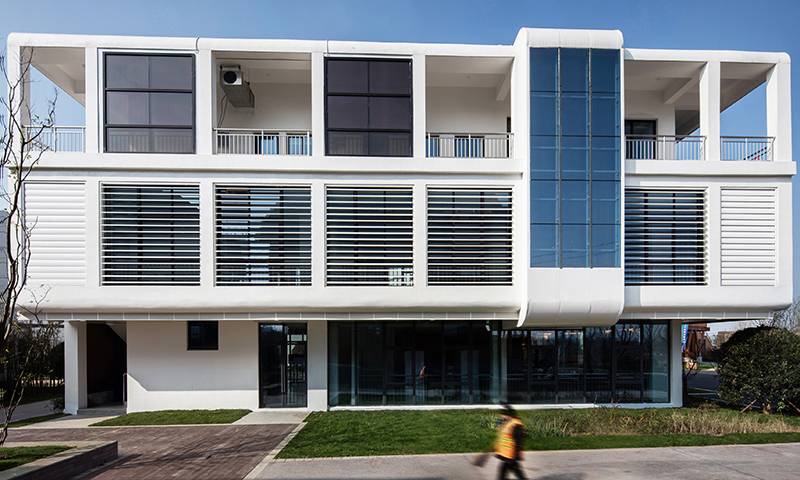 Lecturer's Abstract:
This lecture will discuss interdependencies between project delivery, product development and process optimization and will cover a range of experimental research based design work at different scales.

Case studies will include design-build research and teaching initiatives, such as the US Department of Energy funded ‘Virtual Design Studio’, a digital platform for design and building performance optimisation, as well as the patented principle for the enhanced use of vertical axis wind turbines in self-sustaining product and energy plus building applications.

Biography:
Paul Michael Pelken (UCL MArch 2000) is an experienced architect and innovator with a consistent 20-year track record of award-winning and patented developments in design, architecture, and engineering. He has extensive design experience working on projects ranging from industrial design to large-scale architectural structures and has practised in Germany, Italy, the UK, USA and China.

His work has been widely published and exhibited. He has lectured and contributed to over 40 conferences internationally that focus on innovation in the built environment. Prior to assuming industry leadership roles to manage Research & Development portfolios, he was a tenured Research Professor at Syracuse University, Research Fellow at the New York State Center of Excellence for Energy and Environmental Systems, and Director of SU's London Architecture Program.

Michael is partner of London based P+ Studio and Consulting, Visiting Professor at Southeast University, and Co-founder of the ProID Alliance for Product Innovation in Germany. In 2017 he joined the Cambridge Institute for Sustainability Leadership as faculty member in the Interdisciplinary Design in the Built Environment programme at the University of Cambridge.

Computational Design: software both as a tool for constructing reality and as a constructed reality 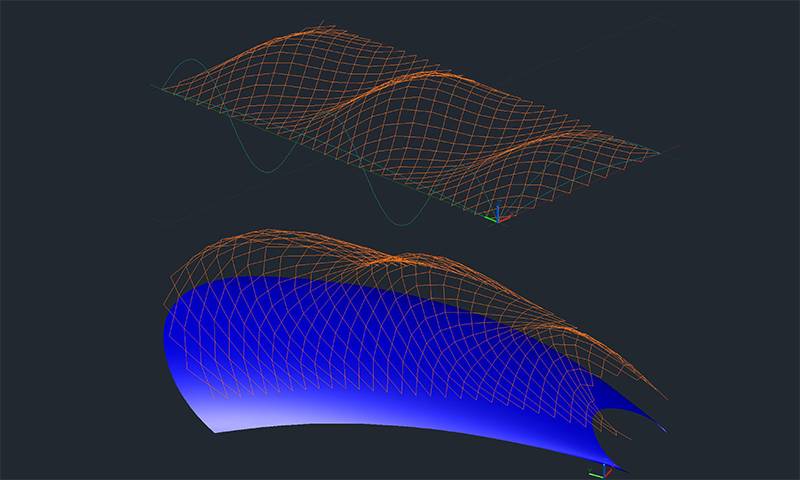 Biography:
Robert Aish is Visiting Professor of Design Computation at The Bartlett School of Architecture, where his research into the use of non-manifold topology to represent architectural space is supported by the Leverhulme Trust. 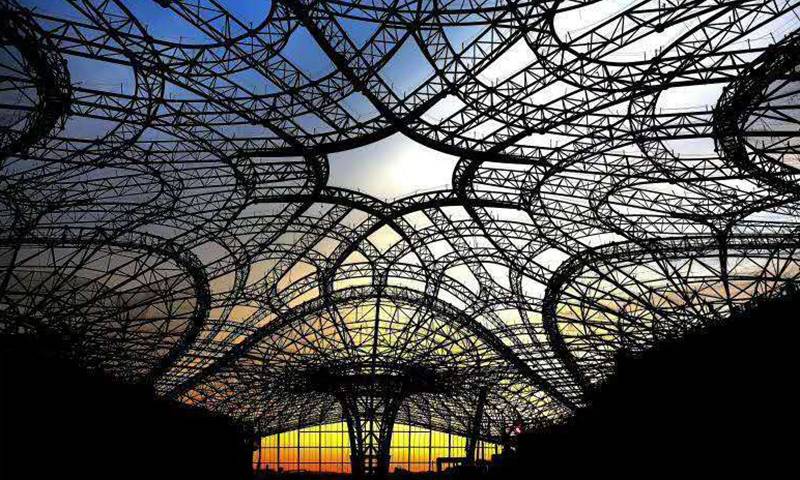 This is particularly true in the case of infrastructure, which is critical to the success of cities and regions as they become part of a growing planetary network of complex urban environments in today’s globalised economy.

Using recent examples from the practice of Zaha Hadid Architects (ZHA), this lecture will illustrate how projects of increasing size and complexity are designed, procured and constructed using advanced contemporary project delivery mechanisms and methodologies.

Cristiano has spearheaded ZHA’s entrance into the aviation market since 2010. He is the Project Director for the Beijing New Airport passenger terminal, and has led terminal and aviation infrastructure project bids in China, India, the UAE and the USA, establishing ZHA as a major player in the airport market and creating strong design partnerships within the industry as a result.

Cristiano previously worked for Frank O. Gehry in Los Angeles for over seven years and was also a co-founder of Gehry Technologies, where he developed interdisciplinary integrated design research with Boeing. Cristiano trained as both an architect and computer scientist, and has practised and taught architecture in Europe, Asia and the USA.

He received degrees from the Architectural Association (1996) and Imperial College London (1998). He is a Fellow of the Royal Society of Arts and sits on the Air Transport Group board of the Royal Aeronautical Society.

'Scripts' in architecture are usually associated with computer-based design programming. However, this narrow usage belies a rich vein of concepts intrinsic to architecture and authorship. This lecture presents the script as a useful critical and methodological tool within architectural design, absorbing and reinterpreting ideas from behavioural psychology, computation, dance, immersive theatre, the Absurd, and the Oulipo.

This lecture is illustrated through a series of projects completed during Palmer's residency at the Palais de Tokyo and PhD by Design at The Bartlett spanning dance, film, installation, and data manipulation.

Ollie Palmer is an artist and designer based in the Netherlands. He holds an AHRC-funded PhD by design from The Bartlett and was an artist-in-residence at the Palais de Tokyo in Paris from 2015 to 2016. His work has been exhibited around the world, including at the V&A Museum, Opera Garnier de Paris, Seoul Museum of Art, and the Royal Institute of British Architects.

He co-authored the winning proposal for the US Pavilion at the Venice Biennale 2018, and sits on the project's curatorial advisory committee. He formerly taught within The Bartlett's Interactive Design Lab and at the School of the Art Institute Chicago. He currently teaches at TU Delft. 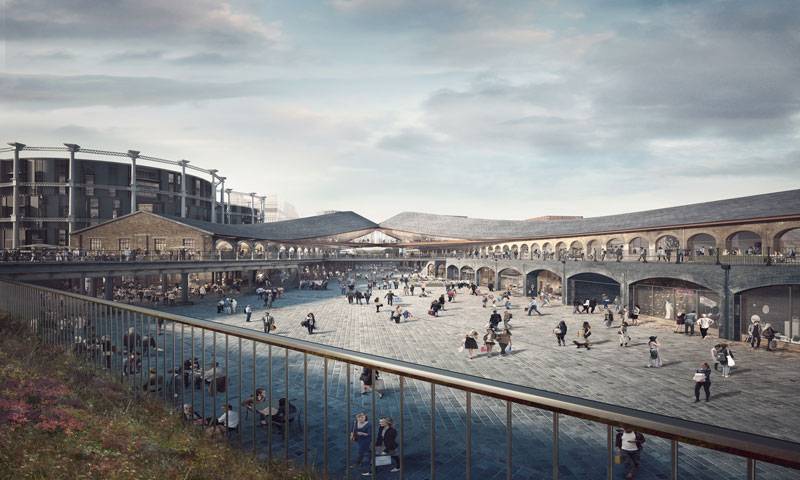 Biography:
Lisa Finlay joined Heatherwick Studio in 2011. As Group Leader she is overseeing a series of projects including '1000 Trees', a 3 million sqft, mixed-use development next to Shanghai’s art district, the M50. The project includes retail, workspace, a hotel, parkland and the conservation of four historic buildings which have been integrated into the development. The first phase is under construction and due for completion in 2018.

'Coal Drops Yard', a new retail quarter and public space in Kings Cross, London is also under Lisa’s supervision. She worked closely with the developer, heritage bodies and stakeholders to introduce a curving roof to stitch the historic coal drops buildings together – creating a third storey of retail and unifying heart to the site. The project is currently under construction and due for completion in 2018.

Lisa founded 7N architecture practice in Edinburgh in 2009. Here she delivered two award winning projects in social housing and the public realm, whilst leading large scale cultural-led regeneration projects for Scottish Enterprise, British Waterways and the Glasgow Canal Regeneration Partnership. Working with Thomas Heatherwick, Group Leaders are responsible for leading all aspects of a portfolio of projects from concept development through to delivery. They are also part of the studio’s senior management group, guiding business strategy, planning and process. Since joining Populous in 2013, Maria has been involved in the design and development of a number of UK Premier League facilities, as well as working on concepts to attract more user groups to European stadia in general. She is currently leading work on the Tottenham Hotspur Experience building in North London.

During her studies and professional life, Maria has also been interested in biomimicry, biophilia and integrating sustainable solutions into the built environment. Maria has a keen interest in teaching and is currently running a design studio at Populous, following a lectureship at Oxford Brookes University. 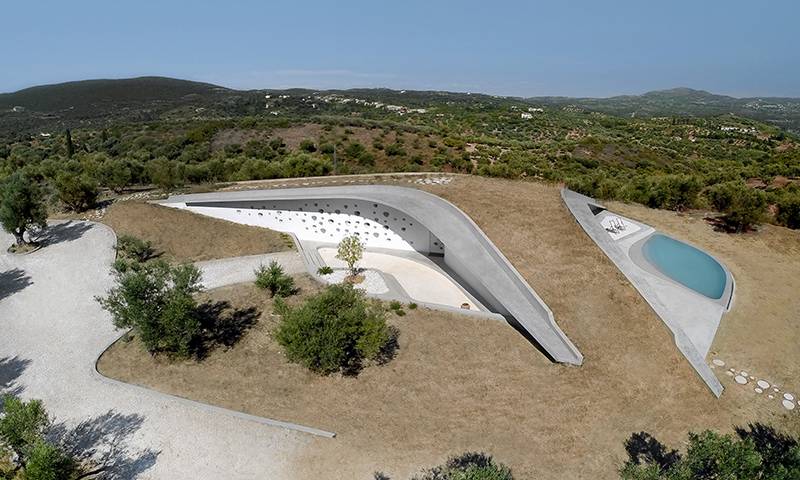 Biography:
Dora Sweijd is a co-founder of LASSA architects together with Theodore Lalis. LASSA is an architectural design practice with projects currently under development in France, Greece, Kuwait, Egypt and China. Her research and projects focus on the influences, consequences and value of technology on design, experimenting and innovating with construction strategies such as formwork, precast technologies and assemblages for multi-integrated systems. She is a Belgian-registered architect and is a graduate of The Bartlett.

Before founding LASSA Architects, Dora worked for more than 10 years at a number of experimental and award winning practices in Brussels, London and New-York such as Foster + Partners and REX NY. In parallel to practice, she has previously taught at international design studios such as Lund University and Chalmers University of Technology in Sweden, University of Antwerp in Belgium and Nanjing University in China. She has taught at the Architectural Association since 2009, first within the Intermediate school and for 8 years as a Unit Master of Diploma 17.

LASSA was awarded a REA European research grant in the field of advanced lighting, in partnership with world-leading research institutions throughout Europe and was shortlisted for the Chernikov award. LASSA’s work has been featured in various exhibitions and has been extensively published. 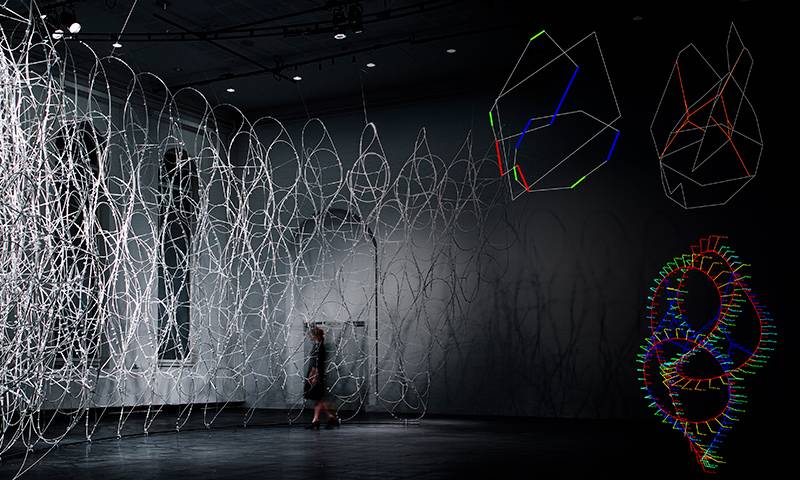 Biography
Mette Ramsgaard Thomsen is Professor and Director at the Centre for Information Technology and Architecture (CITA) in Copenhagen. Her research examines how computation is changing the material culture of architecture.

In projects such as Complex Modelling and Innochain, she is exploring the infrastructures of computational modelling, including open topologies and adapative parametrisation. She is pursuing design-led research into the interface and implications of computational design and its materialisation. Alter the architecture of the body and you adjust its operation and awareness. The body is no longer merely an object of desire, but rather an object that requires redesigning. The body now experiences itself as part physical, part phantom; grounded by gravity but dislocated from any one particular place. A possessed and performing body. To others elsewhere, we increasingly flicker on and off, connecting and disconnecting, appearing here and there, as phantom bodies - as glitches in biological time.

Skins collapse onto screens, becoming seductive and interactive surfaces. Skins are stretched, selves are extruded. Electronic surfaces attain both optical and haptic thickness. Images generate vocabularies of aliveness that animate our phantoms. The monster is no longer the outmoded stitched up meat body, but the system that sucks the self into virtuality. In the liminal spaces of proliferating Prosthetic Bodies, Partial Life and Artificial Life, the body has become a floating signifier."

Biography:
Stelarc explores alternate anatomical architectures, interrogating issues of embodiment, agency, identity and the posthuman. He has performed with a third hand, a stomach sculpture and Exoskeleton, a 6-legged walking robot. 'Fractal Flesh', 'Ping Body' and 'Parasite' are internet performances that explore remote and involuntary choreography via a muscle stimulation system.

He is surgically constructing and stem-cell growing an ear on his arm that will be electronically augmented and internet-enabled. At the 'Re-Wired / Re-Mixed' performance, for five days, six hours a day he could only see with the eyes of someone in London, hear with the ears of someone in New York, whilst anyone, anywhere, could choreograph his exoskeleton arm.

In 1996 he was made an Honorary Professor of Art and Robotics at Carnegie Mellon University, Pittsburgh and in 2002 was awarded an Honorary Doctorate of Laws by Monash University, Melbourne. In 2010 he was awarded the Ars Electronica Hybrid Arts Prize. In 2015 he received the Australia Council’s Emerging and Experimental Arts Award.

In 2016 he was awarded an Honorary Doctorate from the Ionian University, Corfu. Stelarc is currently Distinguished Research Fellow at the School of Media, Creative Arts and Social Inquiry (MCASI), Curtin University, Australia. His artwork is represented by Scott Livesey Galleries, Melbourne.

Constructing Realities is generously supported by Populous, a leading practice who have designed more than 2000 projects across emerging and established markets including the London Olympics.

Getting to Here East

Find out more about the options for travelling to Here East.