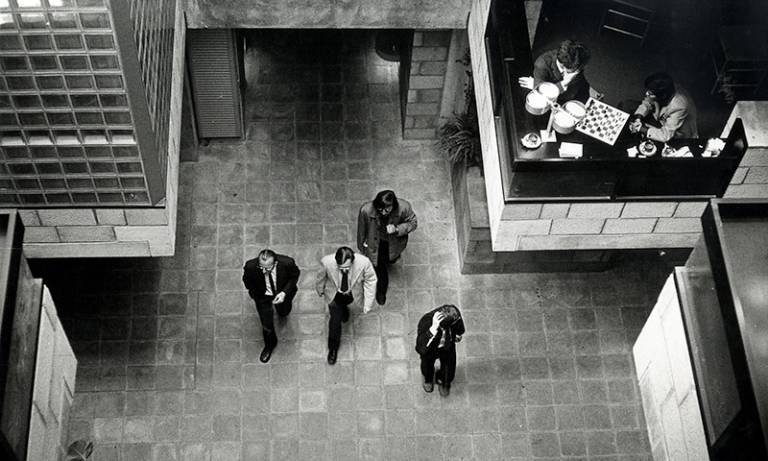 "The future of architecture depends on its competence to be transformed. Transformation is the new condition for architecture. Change, whether we like it or not, is a property of everything we make or have to contend with. We have no choice but to incorporate it as a basic component in our deliberations and consciously keep one step ahead of it. We are going to have to regard our buildings less as completed products and more as works in progress, where each successive stage is the onset of a permanent nascent state.

Facing the current global migration of people, all looking for safe and stable places, we might consider suitability for habitation as a general criterion for all building projects. The street is to be considered the extended living room of urban inhabitants, and in that sense we cannot leave its accommodating quality to accidental gaps in the overriding fuss of modern life. We have to understand the human dimension and its conditions.

Regardless of how the architecture of the future will appear, it must be oriented toward physical and mental accommodation. Whatever happens and whatever we do, it matters as long as it is about the improvement of conditions and human dignity."

Dutch architect Herman Hertzberger was born in Amsterdam in 1932 and graduated in 1958 from the Technical University Delft. His architectural practice, AHH, was established in 1960. His best known designs include the Centraal Beheer head office in Apeldoorn, the Music Centre in Vredenburg and the Ministry of Social Affairs in The Hague.

Herman Hertzberger is internationally recognised for his many cultural buildings, schools and residential buildings. In 2012 he received the prestigious RIBA Gold Medal and in 2015 the esteemed Thomas Jefferson Foundation Medal in Architecture.

He has been a professor at the Academy of Architecture Amsterdam, the Technical University Delft and the University of Geneva. Hertzberger was Chairman of the Postgraduate Berlage Institute and lectures all over the world. He has written a series of books, published in English and many other languages, on architecture and the foundations of his architectural vision, that have inspired generations of architects and students.