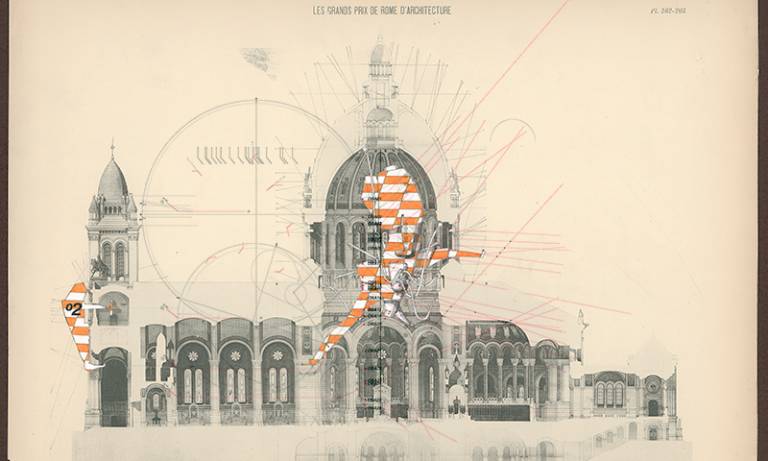 "Classificationing will be a survey of Bryan Cantley’s recent experimental works, using the idea of the investigational drawing as a source code for emergent ideas.

The lecture will explore technology as a generator of new social space(s); the palimpsest as a vehicle to challenge architectural and quasi-religious structures; the prototype of the SwarmDraw, an inhabitable drawing concept; and the advent of the taxonometric drawing as an architectural typology.

Cantley will discuss the categorising of his work as an internal tool for dissecting content and finding new ways to produce further inventions. The idea of the drawing experiment is an underlying tenet of his studio, Form:uLA, as is the notion of the importance of internal inquiry."

Bryan Cantley has lectured and exhibited at architecture schools internationally, including the San Fransisco Museum of Modern Art (SFMoMA), UCLA, and the Southern California Institute of Architecture (SCI-Arc).  Cantley’s work is in the permanent collection of SFMoMA and he was visiting faculty at SCI-Arc and Woodbury.

Cantley had a solo exhibition at SCI-Arc (2014), and has been featured in The Bartlett’s MArch Architectural Design programme’s Drawing Strength From Machinery (2008), and Drawing Architecture (2013). He is the recipient of a KROB Citation for the Memorial Delineation Competition (2016), was included in the Drawing Futures conference and book, and was featured in Neil Spiller’s Surrealism and Architecture (2016). His first monograph, Mechudzu, was published in 2011 (SpringerWein).