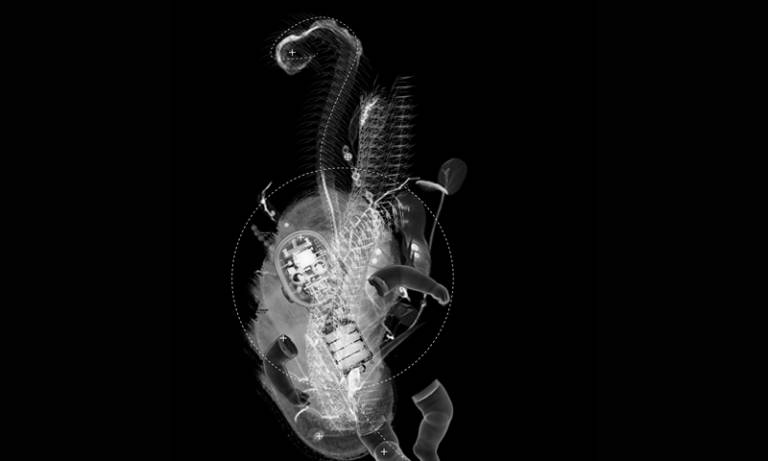 Act I: ‘Maropeng’ is a Setswana word meaning ‘returning to the place of origin’ and is the local name for the Cradle of Humankind World Heritage site, the world’s richest early hominim site some 50km northwest of Johannesburg.

Act II: Just south of Maropeng is the world’s oldest meteorite crater, the Vredefort Dome. Two billion years ago, a 10km wide rock hit the earth, creating a scar that can still be seen from space. The impact altered the geological structure of the area, forcing the Witwatersrand rocks closer to the surface. In 1886, gold was discovered.

Act III: is collaboration between tutors Lesley Lokko, Eric Wright, Craig McClenaghan and 13 students in the Master’s programme at the Graduate School of Architecture, University of Johannesburg. Through drawings, texts and soundscapes, it explores a number of themes in relation to ‘place’ and ‘origin’: language; mother tongue; roots/routes; first flashes and false findings; dialogues and discourses; rhythm; polyrhythm; time (on time, in time, African time); snippets and samples, the idea of perpetual beginnings.

Act IV: is a talk by Lesley Lokko at the Bartlett School of Architecture, London.

Act V: is a sound recording in khoekhoegowab, one of the oldest languages in the world.

Lesley Lokko is an architect, academic and the author of eleven best-selling novels. She trained at the Bartlett School of Architecture and gained her PhD in Architecture from the University of London in 2007. She has taught in the UK, USA, Ghana, Sweden and South Africa and is currently Head of School at the Graduate School of Architecture, University of Johannesburg. She has lectured and published widely on the subject of race, identity, gender and the speculative nature of African cities. She has held numerous Visiting Professorships globally and was most recently a Master Juror for the Aga Khan Award for Architecture.