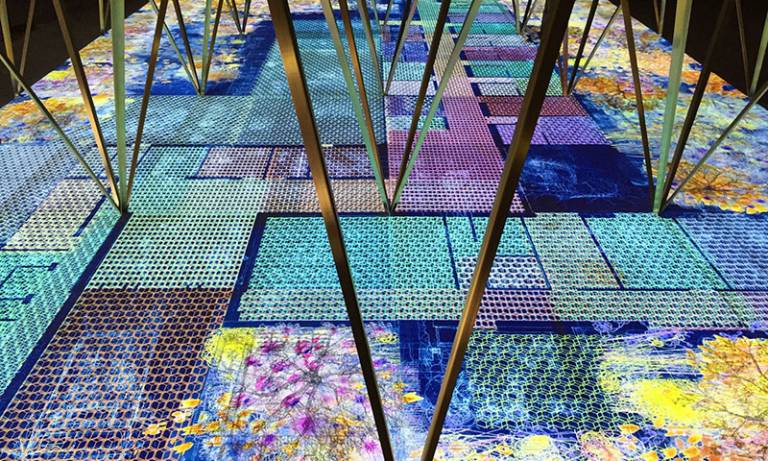 Please note: last minute change of venue for this event from the UCL Cruciform Building to The Bartlett, 22 Gordon Street.

UCSD and The Bartlett, UCL

Responding to the needs of an ageing population, London 2080

An event organised by MSc/MRes Architectural Computation (The Bartlett) in collaboration with the University of California, San Diego (UCSD).

As life expectancy increases and modern medicine changes the health and vitality of those in their 80s and 90s, there will be major changes in the design of space as London’s population ages. Cognitive impairment will also be more widespread.

Vernor Vinge has won five Hugo Awards, including one for each of his last three novels, Upon the Deep (1992), A Deepness in the Sky (1999), and Rainbow’s End (2006). Known for his rigorous hard-science approach to his science fiction, he became an iconic figure among cybernetic scientists with the publication in 1981 of his novella True Names, which is considered a seminal, visionary work of Internet fiction and cyberspace. Dr. Vinge is Emeritus professor of mathematics and computer science and also noted, among other things, for introducing the term “the singularity.”

Niall McLaughlin is an architect and educator. Niall won Young British Architect of the Year in 1998. He was named as one of the BBC’s Rising Stars in 2001 and his work represented Britain in a US exhibition Gritty Brits at the Carnegie Mellon Museum. Niall was made an Honorary Royal Designer for Industry (2015) and he represented Ireland at the Venice Biennale Architettura 2016. His work includes Peabody Housing (Whitechapel 2015) and Somerville Student Residence (Oxford 2010). He is currently working on designs for the Natural History Museum in London and Auckland Castle in Durham. Niall is Professor of Architectural Practice at The Bartlett School of Architecture. He was a visiting professor at the University of California Los Angeles from 2012 to 2013, and was appointed Lord Norman R. Foster Visiting Professorship in Architecture at Yale for 2014–2015. Niall lives in London with his wife Mary, son Diarmaid and daughter Iseult.