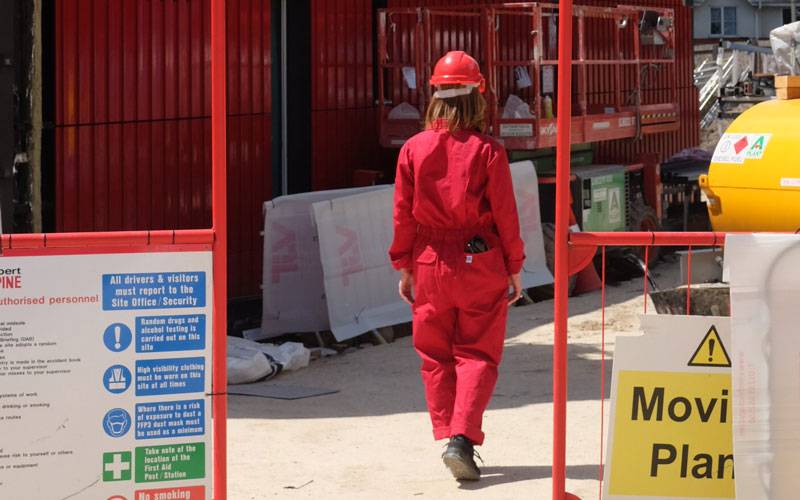 Attending Spaces: Movement Performances as Activators in the Construction Process

There is increasing interest to use site-specific movement performances as a way to inform architectural design and education. Rooted in Elin’s work as a performance maker, which enacts the ways the built environment grows beyond the control of the designer, this practice-based research aims to advance the relationship between site-specific movement performances and the architectural design process. It seeks to do this by turning construction sites into public performance spaces, incorporating task-making as a choreographic tool, in response to issues of waste and sustainability.

Conventionally, an intentional approach dominates the architectural design process, opposed to an attentional approach. This project argues that an intentional approach reduces the scope of design opportunities available, and eliminates those with latent and hidden value. Movement performance has the potential to change the designer’s emphasis from an intentional concept to an attentional practice by moving into specific situations and places. A richer and multifaceted architectural design can then evolve from the ability, in gesture and movements, to respond sensitively with the surrounding environment. Furthermore, movement performances can augment the designer’s ability to communicate ideas to a range of stakeholders, thereby offering new opportunities on how we finance building projects.

Construction sites, with their access to materials, offer a pragmatic solution for an artist on a budget. Performing on these sites, however, also raises attention to material flow, construction waste and the circular economy. (Whether this is disposable, supporting structures during construction, or the recycling of materials once a structure has depreciated.) By drawing attention to connections normally hidden in the construction phase, with the introduction of choreographed task-making, site-specific movement performance can help stimulate the early ideas that conceive a building project, just as they can predict unforeseen results of the completed structure.

Elin Eyborg is an architect and performance maker based in London. In 2011 she graduated as an architect from The Royal Danish Academy of Fine Art in Copenhagen, and in 2015 completed a Performance Making MA at Goldsmiths, University of London.

Elin worked for Foster + Partners in 2014 before joining Ab Rogers Design in 2016, where she now works across cultural and commercial projects, with a particular interest in how interior interventions can stimulate uses of space.

In her own performance practice, Elin functions as director and dancer, collaborating with architects, engineers, contractors, developers and filmmakers. Her work has developed the notion of task-making as a choreographic tool, which can be seen in her performances Tidal Gardener (2015), Attendants (2016), Attending Spaces (2017), 124 Umbrellas (Wonderfruit Festival 2018) and 2500 Bricks (Wonderfruit Festival 2019).

Image: Attending Spaces, by Elin Eyborg Lund. A person in red construction gear, walking away from the camera, through a construction site.