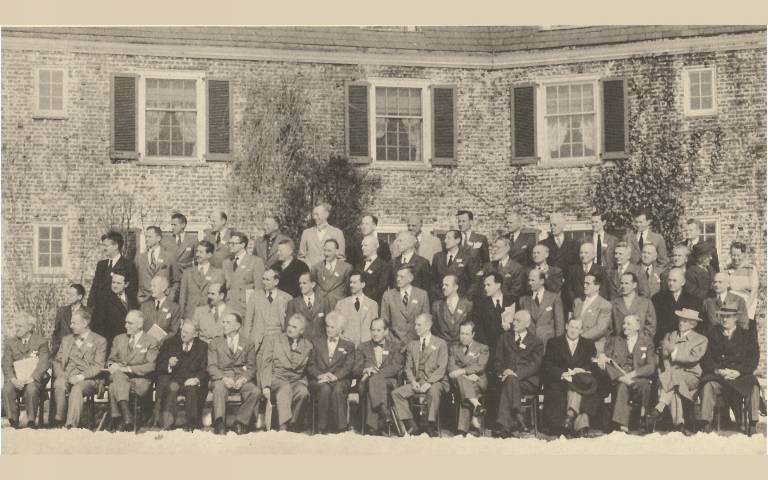 This thesis research focuses on Huang Zuoshen (1915~1975) and Liang Sicheng (1901~1972) at their respective venues St. John’s University (Shanghai) and Tsinghua University (Beijing) in the 1940s, during which progressive pedagogies thrived in the twilight of Republic China and they are useful figures through which to examine the establishment of modern education of architecture and city planning in China.

Although their teaching and students’ schoolwork were beset by the Civil War and turned down in the wake of restructuring of the higher education system in 1952, Huang and Liang, laden with talents honed in the West through their foreign studies, made significant contributions to the civic-minded training of post-war architects and planners on the mainland before the Communist government eventually made the Beaux-Arts method the model for the whole country.

On the basis of field trips on the mainland and overseas for archival research and faculty interview as well as a seminal reflection of existing scholarship, this thesis research aims at tracing domestically-driven modernist attempts obscured by international impact of the Bauhaus on the one hand; and, on the other, presenting empirical discoveries straddling between Western and Chinese contexts - Society (popular/usefulness), Engineering (scientific/stability), Art (Chinese/aesthetics) - in concluding not only convergence but also divergence of Huang and Liang preparing young professionals of the built environment to play their critical roles in a still modernising China.

Trained as a professional architect and conferred an urban design master’s degree in Taiwan, Chin-Wei Chang’s previous research addressed social production of spatial forms within non-architect consequences, everyday landscapes, and their conflicts with modernity in the contemporary built environment. In pursuing his doctorate in Architectural & Urban History & Theory at The Bartlett School of Architecture, University College London, he focuses on architectural profession and academy, with special attention on histories and dissemination of design education amid China, Europe, and the U.S. Plus, Chang is the Curator of “China Builders” and a Research Associate at Chinese Art Media Lab (CAMLab), Faculty of Arts and Sciences, Harvard University.