Manufacturing the Bespoke: Making and Prototyping Architecture (An AD Reader) 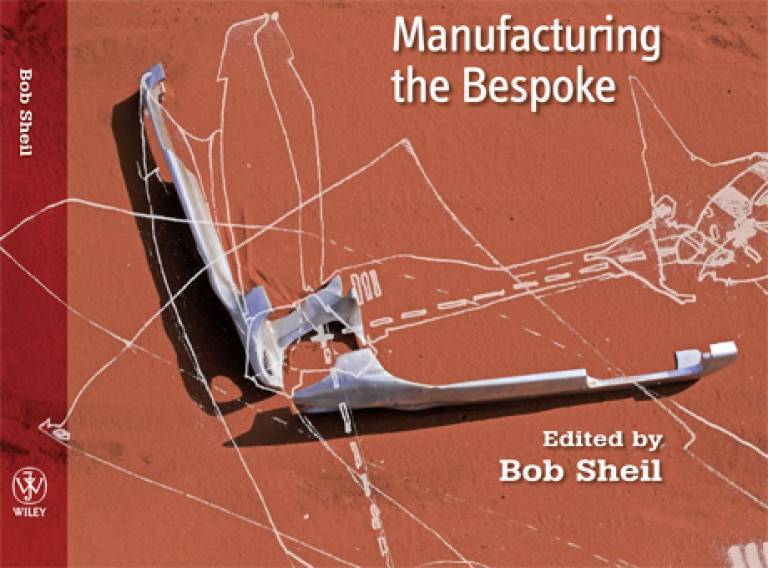 Never have roles, methods and capabilities within disciplines of building production been in such unprecedented flux. Manufacturing the Bespoke brings clarity to this subject by featuring new essays from pioneering architects, engineers, academics and designers from around the world on new and unbuilt structures. It is an original and informative reader that focuses on the translation of architectural ideas from conceptual stage to their final physical realisation.

Contributing contemporary architects include: Charles Walker at Zaha Hadid Architects; Mark Burry on the completion of the Sagrada Família in Barcelona; and Philip Beesley. The book encompasses a number of extended articles by internationally renowned critics, theorists, educators and designers, such as Matthias Kohler, Neri Oxman, Peter Salter and Michael Stacey.

This AD Reader provides a definitive reference for every ambitious student, designer, critic, historian or engineer, looking to fathom the multitude of strands that influence the manufacture of man’s most prolific occupation in the 21st century. It covers an extensive territory of intellectual pursuit through the relentless acts of design, manufacture and construction, and aims to contextualise and define new meanings for architectural production in the post–digital age. Leading lights, exploring alternate meanings for practice, research, theory and innovation, are placed side by side in a volume of vibrant and visual discourse.

• Contributors include: Philip Beesley, Mark Burry, Xavier De Kestelier, Matthias Kohler and Peter Salter.
• Articles examine and refer to key portfolios of the 20th and 21st century including works by Pierre Chareau, Adolf Loos, Rural Studio and sixteen∗(makers).
• Topics range from analogue and digital craft, to the bespoke as a tactical approach to how architecture is made, understood and experienced.