'Archives of Vision' is an interactive installation that explores ways of seeing as a topographical/archaeological/spatial investigation, foregrounding the temporal, affective and behavioral characteristic of vision. The installation is constructed in three parts: the first explores the tracking of the gaze as a device for spatial composition; the second re-enacts the path of the observer’s eye through the motion of a robotic creature; the third archives these recordings into a network of situated compositions, revealing the space as seen by a collection of human eyes and robotic creatures.

The project utilises the latest technology in eye-tracking hardware and software to detect the point of gaze in three-dimensional space. An analogue augmented reality viewing apparatus materialises the collected path of the gaze in the form of a holographic eye drawing.

Following the data collection of eye movement of various observers, the behaviour of their individual gaze is translated to the motion of a human-scale robot, creating a situated, mechanical representation of the eye. Rather than replacing the function of the observer, the robotic creatures catalogue a temporal memory of looking.

Archiving ways of seeing space through a (digital and physical) collection and interpretation of human and machinic vision provides a dynamic model of how unities are articulated in the production of boundaries between visual representations and spatial environments. 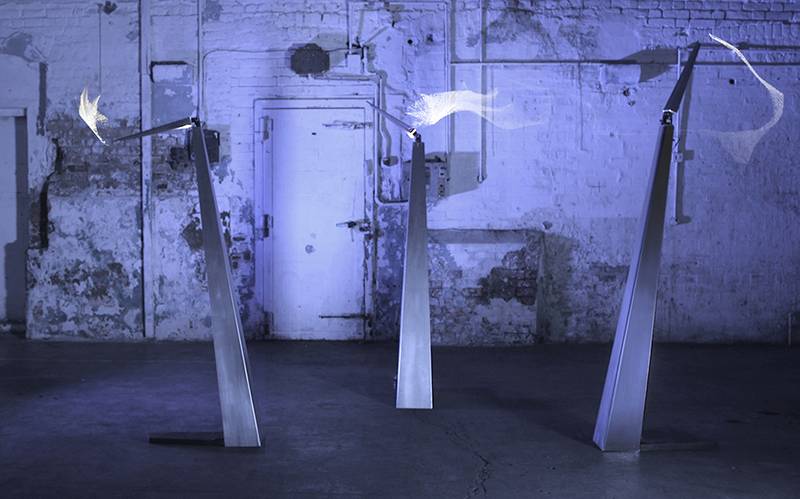