The fifth age of cities

As global investors look for long-term income streams, their interests will become increasingly aligned with community interests and environmental pressures. 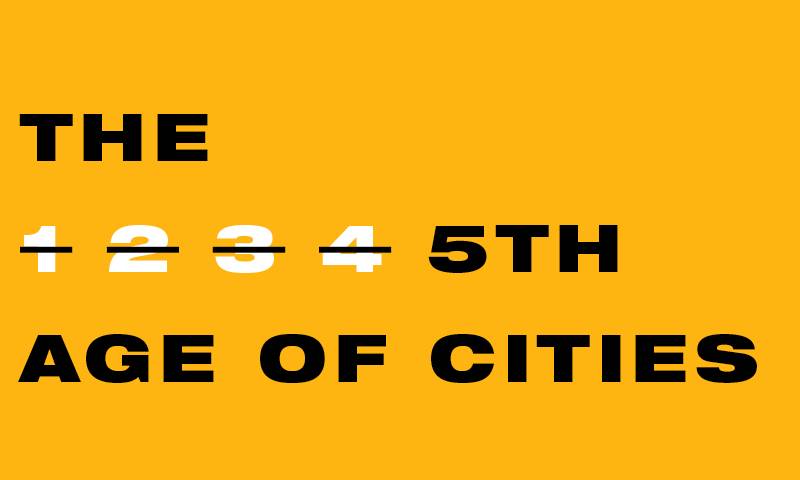 Disruption is the buzzword of the 21st century. Here at The Bartlett Real Estate Institute we’ve identified social, economic, environmental and digital changes that will significantly alter the face of real estate. Taken together, these disruptors mark a new age for cities. But, despite the fifth age being a product of the 21st century, some elements of the most successful cities will look more like the first age than the fourth. At a time when human beings have access to anything anywhere through electronic devices, it will be proximity to, and interaction with, other people that matters most. The scale and quality of human interactions will determine a city’s success.

This first age of cities was pre-industrial or agrarian. For centuries, indeed millennia, cities were characterised by human interactions. They developed as gathering places on routes such as rivers and tracks, and not where the routes ended, but where they intersected. The building blocks of cities are therefore not just buildings, which come and go, but streets, embedded in and of the landscape.

The second age of cities was the result of industrialisation which changed these ancient settlement patterns. The new industrial cities were located not where people met, but where they worked, in proximity to raw materials. Cities no longer formed at crossroads, but around manufacturing. An urban working class emerged, land uses became separated and the newly wealthy industrialists escaped the noise and pollution of the cities by building country estates.

Closely linked to the second, industrial age was the third: the age of the mercantile city where proximity to markets was all-important. Cities became import, export and consumption centres for the newly manufactured goods of the second age. This is the era when cities became extensive, and even sprawling, and inner cities depopulated as the newly affluent middle classes aspired to suburban lifestyles, and suburbanisation was aided by public transport and private car ownership.

The fourth age was the age of capital, when financial power, created by industry in the second age and trading in the third, became concentrated in certain locations. The financial city is about proximity to financial capital. Cities became centres of banking and financial services. Land use was orientated around these services and those associated with them, such as law, real estate and consultancy. In a post-industrial age, the wealthy were once again attracted to good city neighbourhoods in an ‘urban renaissance’.

Money was also a major influence on planning and the built environment in the late 20th century fourth age. The big investing institution's job was to deploy capital for growth. That coincided with modernism and skyscrapers and massive buildings, which suited these investors, and the planning system adapted to allow these large single-use concentrations of capital, through zoning and/or planning use classes. The way our cities were built and the way they looked and performed was geared around this capital deployment. It may have suited investment institutions but it hasn’t necessarily provided people-friendly neighbourhoods or the most environmentally-sustainable places.

In the 21st century, global investors are looking for long-term income streams (to pay pensions) rather than capital returns (to grow funds). A low-interest rate, low-inflation environment means that large capital gains will not be automatic. Land and property prices cannot grow without growth in what they produce. Capital growth will therefore be a product of rental growth, which is dependent on servicing occupiers' wants and needs rather than trading land. Investor interests are becoming increasingly aligned with community interests and environmental pressures, as these go hand-in-hand with longer-term economic sustainability. Digital technology has the potential to facilitate the creation and management of the built environment for all these outcomes.

In a world where so much happens online and digitally, where working and social life can be dictated by algorithms, real-world experiences take on an enhanced value. People are increasingly valuing the authentic experiences and serendipitous meetings that are only available in real places and spaces. Once again, it is the quality of human interaction and juxtapositions happening in cities which have value. Street networks and the cultural life of the city have always mattered but, in the fifth age of cities, they will translate into economic, as well as social and environmental value.