An interview with Dr Edward Denison on a little-known period in Modernist history: 1930s Manchuria. 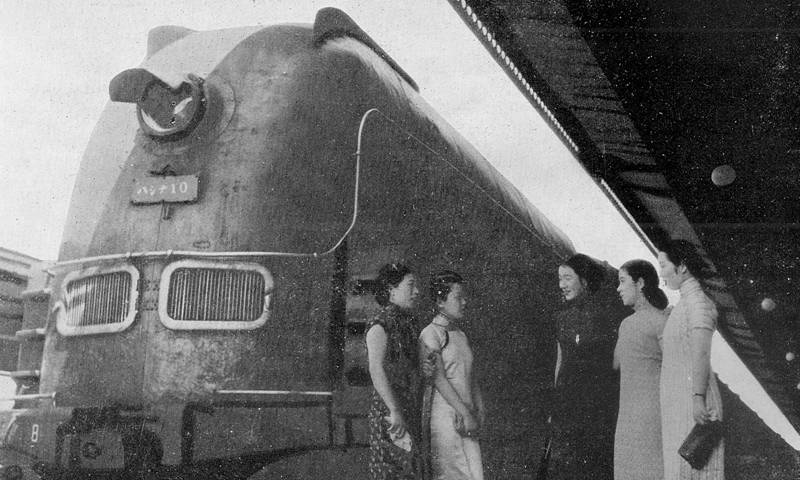 “We have entered the anthropocene – an epoch in which our species is dictating how the planet functions,” says Edward Denison, Director of the MA programme in Architecture and Historic Urban Environments at The Bartlett School of Architecture. “We need to think on a planetary level if we’re going to solve planetary problems – we can’t just keep our Western blinkers on.”

Along with independent researcher Guang Yu Ren, Denison is co-author of a book that hopes to open up conversations about lesser-known narratives in architectural history – ones that go unnoticed in the face of the dominant Modernist cannon. “The Modernist movement  is a Eurocentric notion, evidencing architectural history from a Western perspective,” says Denison, whose previous research centred on the Modernist colonial architecture in Eritrea. “The  result is that we overlook vast swaths of the planet that were subject to modern architecture, design and urban planning.”

Ultra-Modernism – Architecture and Modernity in Manchuria, which won the RIBA President's Medal for Research in 2017, focuses on a region in China that experienced a distinctive trajectory of urban development in the 1930s, when it was part of the Japanese empire. “It was subject to some of the largest, most ambitious urban plans and architectural projects of the time,” says Denison, referring to the 100 or so towns and cities built in Manchuria – known then as Manchukuo.

He contrasts this development and investment with that of cities in India and, in particular, Africa, that were under the rule of European colonists, who he says saw their role more as a civilising force. “The Japanese saw Manchukuo as the future – for example, there were faster trains and more radio listeners per capita than in Japan.” The sheer scale of ambition in planning Manchukuo’s capital Hsinking – now Changchun – makes it today one of the the least densely populated cities in China.

Co-author Ren believes the lack of information about this period is partly because conducting comprehensive research in a place like China – with its size, diversity and politics – is complex. “A scholar from the south, for example, doesn’t necessarily have easy access to information about something in the north,” she says, adding that she and Denison found many documents in public archives had already been censored before being made available, so they also used alternative sources such as journals, magazines, literature and film.

This period has also been neglected because it didn’t produce architecture many Westerners would recognise as Modernist, since the Japanese sought to distinguish their version of modernity from the Western model. Japan’s 1930s ultra-modernism has been succeeded by China’s late-20th-century architectural development, which Denison describes as “Modernism on steroids” – something fundamentally different from the scale of development ever seen before. “In the 21st century, the same thing might occur in Africa, which is now experiencing the fastest urban development in the world.”