How do you create pathways to prosperity in an age of mass displacement? 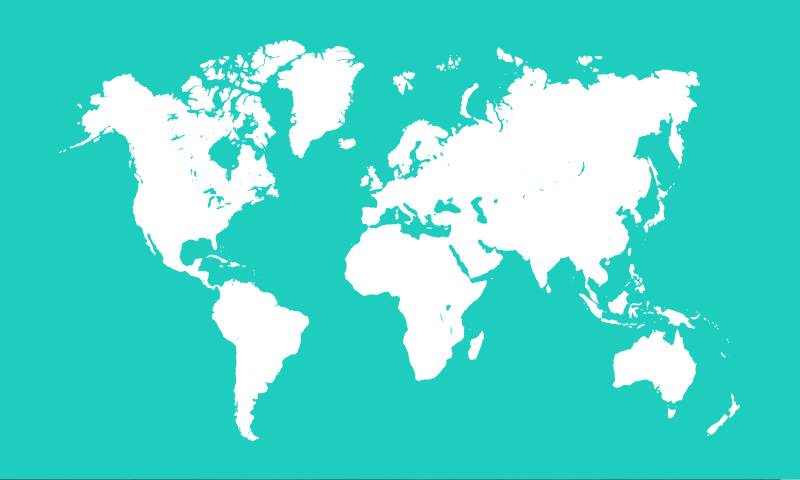 The RELIEF Centre, led by the UCL Institute for Global Prosperity, aims to radically rethink how to help people and their host communities – whose lives are uprooted indefinitely by wars or oppression – to thrive.

Throughout history, millions of people have left their homes seeking a better life or fleeing wars and oppression. In recent years, two things have changed for those people: they tend to stay far longer in their ‘host’ countries or regions and, crucially, being uprooted no longer means being cut off from their networks. They may have little else, but many of today’s migrants and refugees have some kind of access to a mobile phone and the internet. For individuals in this situation, connectivity has become a key part of their pathway to prosperity in the midst of a protracted crisis.

Different understandings and measurements of prosperity that go beyond GDP are key to the work of the Institute for Global Prosperity (IGP). The IGP prosperity index, developed by its researchers, is one way of measuring the prosperity of local communities: it proposes a unique approach to prosperity that goes beyond economic terms to include context-specific metrics. Using a locally-grounded approach such as this leads to a more detailed picture of life within communities across the world, and the varying preoccupations its members have. This provides a better idea of what prosperity looks like for different individuals, and the public services to be co-designed to meet community needs.

Like the IGP, the RELIEF Centre – a transdisciplinary research collaboration led by the Institute – is founded on the principle that for a community or a country to truly prosper, people’s wellbeing and quality of life matters as much as their economic profile. “The goal of the Centre is to define prosperity in the age of mass displacement,” says Professor Henrietta Moore, Founder and Director of the IGP.

Between 2000 and 2017, the numbers of people who left their countries because of wars, political violence, climate change, extreme poverty and many other issues increased by 49% (from 173 million in 2000 to 258 million in 2017), according to the UN.[1] In 2017 alone, there were 69 million new international migrants worldwide.[2]

“If movement is the new normal and you're not going to spend your whole life waiting for people to go back, what exactly are you going to do?

“If movement is the new normal and you’re not going to spend your whole life waiting for people to go back, what exactly are you going to do?” asks Professor Moore. Traditionally, she explains, refugees have been seen as either a drain on resources for their host communities or part of a crisis that needs a humanitarian response until it passes. Or both.

“None of the models that we have for migration are either good ways of managing migration or good ways of imagining how you ensure the prosperity of a country under conditions of mass displacement.”

RELIEF has chosen to focus its work on Lebanon, which already had significant numbers of Palestinian refugees and has taken in over a million Syrians since the civil war began in 2011. Lebanon now has more refugees per capita than any other country and the thinking is that if new approaches can be developed that produce prosperity for refugees and their hosts in this situation then they can then be adapted and replicated in other locations that are going through similar changes.

The project, which draws on the knowledge and experience of researchers from across The Bartlett and UCL, in partnership with the American University of Beirut and Centre for Lebanese Studies, has ESRC GCRF funding for five years. Its members are working on four distinct research themes: The Vital City, Creating Value, Future Education, and Prosperity Gains and Inclusive Growth.

Since the project started in April 2017, it has been forging close relationships with local partners, including citizen scientists, local communities, civil organisations, academic institutions, and others in Lebanon, to co-create pathways to prosperity for those affected by mass displacement. For the Future Education research theme, this has meant working closely with NGOs, the Ministry of Education and Higher Education within the Lebanese Government, UN agencies, citizens, educators, and refugee communities, to co-design appropriate education and learning opportunities for communities affected by mass displacement.

“Technology isn’t necessarily a barrier for refugees, as many now have access to smartphones and some connectivity,” says Diana Laurillard, Professor of Learning with Digital Technology at UCL’s Knowledge Lab and a co-investigator for the RELIEF centre’s work on education. While the UN and international aid agencies are developing a wide range of technologies to help refugees with education, they have not been “thinking big enough” to tackle the huge scale of the education gap, Laurillard says.

Academics have learned to think big since Massive Online Open Courses (MOOCS) emerged roughly 10 years ago. MOOCS offer multimedia courses to unlimited numbers of people who can interact with each other and with educators in online activities.

Digital technology is flexible and enables refugee learners to reduce the logistical difficulties with conventional place-based courses – such as having to be in a place at a certain time for a class when they are living far away, have no money and are struggling to cope with health and other problems. They can follow a class online whenever it’s possible for them to use an electronic device and connect to the internet. RELIEF will be using MOOCS to support refugee teachers in providing blended learning classes for their students.

Using MOOCS means that the local grassroots organisations, charities, academics and refugees in Lebanon can also share knowledge, communicate and work with each other and with the RELIEF Centre to develop the kind of education they decide will help their community to thrive.

Since February 2018, the Centre’s Future Education team has been working to develop two MOOCs. The first captures the experiences and reflections of community researchers, teachers and local journalists conducting research in their own communities, and aims to provide participants with basic research skills. The other focuses on teacher professional development. It aims to develop education knowledge and share diverse pedagogical practices among teachers, educators and humanitarian practitioners who are working in contexts of mass displacement.

One local charity the RELIEF Centre works with in Lebanon, Multi Aid Programs (MAPs), shares IGP’s core principle that what matters is helping people to thrive, not just survive. In terms of education, for Dr Fadi Alhalabi, the Syrian refugee founder of MAPs, that means that just trying to teach refugees to read and write is not enough.

“We need a new approach to education. We need to achieve dignity through innovation, creativity and productivity in education,” Alhalabi, a high flying surgeon before he was forced to flee Syria, told The Bartlett Review by phone from Lebanon. MAPs provides elementary education for 3,500 child refugees, and teaches robotics, computer science, web design and engineering to older students.

In Lebanon, only 15% of refugees live in refugee camps where NGOs run informal schools. The rest are living in makeshift accommodation or hosted in crowded homes around the country. They do not have access to the national education system and refugee teachers are not officially allowed to set up schools because of long-standing laws designed to protect the jobs of the local population.

Alhalabi, started his aid agency in a lorry container and now has nine centres in Lebanon. By working with RELIEF there is the potential to grow his model exponentially. “We are trying to rupture some of the dominant thinking around what teachers can do,” explains Tejendra Pherali, Senior Lecturer in Education and International development at UCL Institute of Education and a lead researcher in the RELIEF Centre’s Future Education team.

“Ultimately we are trying to contextualise teaching,” says Pherali. “Traditionally, teachers have had a limited amount of flexibility. They are supposed to follow a programme of learning set by their education ministry. We are rethinking that and giving teachers a sense of power to transform the lives of the people they teach.”

The human cost of not doing enough to provide education and jobs to a generation growing up as refugees is massive in terms of mental health, physical health and future conflict

“The human cost of not doing enough to provide education and jobs to a generation growing up as refugees is massive in terms of mental health, physical health, future conflict…and a whole range of issues,” says Professor Moore. The multidisciplinary approach and collaborative models of work that RELIEF is developing, seeks to disrupt the conventional thinking around how learning can take place and prosperity is delivered.