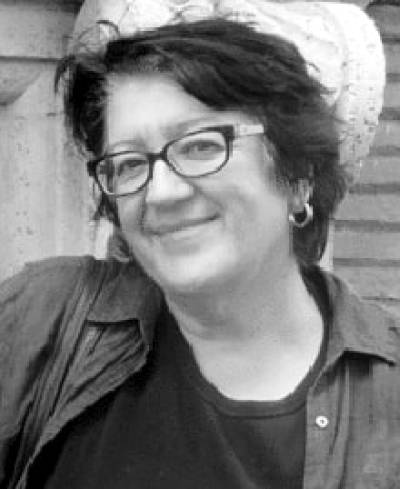 Rose Marie San Juan is Professor of History of Art at UCL and has been a member of the department since 2005. Previously she taught at the University of British Columbia in the Department of Art History, Visual Arts and Theory. Her work focuses on Italian art and culture, especially on early modern urban life in Rome, and deals with visual technologies such as print and film in relation to time, movement and urban space. She has published on print culture and urban practices in early modern Rome, on the movement of images between Europe, Asia and the 'New World', on anatomical prints and wax models, on the body and problems of representation, and on film and urban space. She has just completed a book entitled Violence and the Genesis of the Anatomical Image, and her new research is on film, documentary and social architectural projects in Italy between the 1930s and 1950s.

Profesor of History of Art and Deputy Head of Department

Rose Marie San Juan's current research focuses on the relation between fiction and documentary film and projects of social housing and education in Italy from the 1930s to the 1950s. She has just completed a book that takes a different view of early modern anatomical images, and explores how violence becomes a strategy to chart a new future for the human body. In this work she has focuses both on printed anatomical treatises and wax sculpture.

Her publications have explored many aspects of print culture and its deployment and appropriations with urban life. Rome. A a city out of print dealt with the ways the city was reshaped and negotiated through the new form of print technology. Vertiginous Mirrors. Early modern travel and the animation of the image traced previously unknown journeys of images from Europe to different parts of the world through missionary travel, as well as their return to Europe and the afterlife of these well travelled images.

She co- authored with Geraldine Pratt, Film and Urban Space, which deals with the recurrent claims for the political efficacy of film at different historical moments and in different kinds of filmmaking. They are also the co-authors of various articles on the relation between film, urban space and digital and virtual space. Her current project takes up these concerns but seeks to explore the conjunction of film technologies and issues of space as conceived within architectural projects of social housing and education.

Another area of research and publishing is the early modern re-conception of the human body in relation to anatomical research, public punishment, cabinets of curiosities, relics, notions of cannibalism, and the emergence of ethnography. This follows her earlier work on issues of the body within urban life, including street processional and tourist practices, the recurrence of the plague in both Rome and Naples, and the representation of death and after death on which she has published extensively.

Rose Marie San Juan focuses on the political challenges of formulating knowledge in relation to our time and the uncertainties of history. Her work is always concerned with the role of the archive and of archival materials, the relation of critical theory and history of art, and the problematics of representation and categorization. Her contribution to the historiography of art history includes important reconsiderations of the figures of Isabella d'Este and Queen Christina of Sweden.

Rose Marie San Juan received a Bachelor of Arts in Music and Art History at the University of Toronto, and a Ph.D (Combined Historical Studies) at the Warburg Institute, University of London. Her dissertation, supervised by Michael Baxandall, explored the myth of Orpheus in different genres of Renaissance art and culture. She joined the Department of Art History and Theory at the University of British Columbia in Vancouver in 1987, and the Department of History of Art at UCL in 2005. She received a Professorship in the History of Art in 2013.