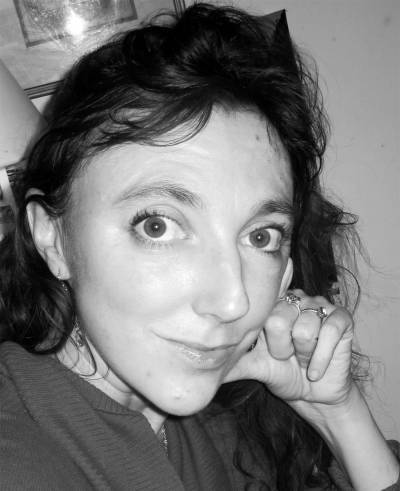 Natasha Eaton is Reader in the History of Art. Her research focuses primarily on British and Indian art, notions of cross cultural exchange and material culture. Currently she is at work on several projects - art and indenture in the Indian Ocean; collecting and empire; the agency of light in empire. She has published two monographs - Mimesis across Empires: Artworks and Networks in India, 1765-1860 (Duke University Press, 2013) and Colour, Art and Empire: Visual culture and the nomadism of representation (I.B.Tauris, 2013). She is under contract from Routledge to write a monograph on colonialism, tourism and collecting provisionally titled Vertiginous Exchange. Natasha has published in many peer-reviewed journals including The Art Bulletin, RES, Journal of Material Culture, Oxford Art Journal, Eighteenth-Century Studies, Cultural Critique. Comparative Studies in Society and History, Journal of Historical Geography, MARG, Literature Compass and Third Text. She has been an advisor to and is currently is an editor of the journal Third Text. With Alice Correia she is preparing a special issue of Third Text on Partitions in South Asia scheduled for Autumn 2017. She is also the editor of A Cultural History of Color in the Age of Industry (ed.) Natasha Eaton. Volume 6 (eds.) Carole C. Biggam and Kirsten Wolf (general editors) as part of A Cultural History of Color (Bloomsbury: London and New York).

Natasha's research and publications have been generously sponsored by The Leverhulme Trust, the British Academy, Yale University and the Society for Eighteenth-century Studies, Historians of British Art Association, the Paul Mellon Centre, the University of Michigan and the Freer Gallery, the Simon Fellowship at the University of Manchester, the Nehru-V&A Trust, the Getty, the AHRC and UCL. She has organised symposia at the Paul Mellon Centre and Columbia University. Natasha welcomes undergraduate and graduate students with an interest in British art and South Asian visual culture, colour, mimesis, the postcolony and materiality.

Reader in History of Art and MA Tutor

18th- and 19th-century British art and the visual culture of South Asia; colour theory; material culture and materialities of empire

Dr Natasha Eaton teaches 18th- and 19th- century British art and the visual culture of South Asia. She received her doctorate at the University of Warwick and since then she has held a Leverhulme scholarship at the Centre for the Study of Social Studies, Calcutta; the Nehru Trust/V&A Award, Hyderabad and New Delhi; the Simon Fund Fellowship in Social Sciences, Manchester University; the Freer Postdoctoral Fellowship in Asian and Islamic art at the University of Michigan and a Yale/Society for 18th-century Studies scholarship at the Yale Centre for British Art, New Haven.

In 2015 she was awarded a Leverhulme Trust Research Fellowship which will enable her to undertaken research on her new book project 'The Conditional Image' (details below). Recently she was invited on to the Consultative Panel of the journal Third Text. She is an Editor of Third Text and the World Journal of Social Science Research.

At present Natasha is working on several book projects:

Eaton is contracted to Ashgate to produce a smaller monograph on tourism and the visual culture of the British Empire.

She recently received a £2,000 travel grant from the Paul Mellon Center which she will use in order to be able to travel to India and Mauritius in relation to a book project provisionally entitled 'The Conditional Image: Art, empire, indenture'. 'The Conditional Image' aims to examine the legacies/redefinitions of labour, slavery, revolution, imprisonment and migrancy in eastern India, Mauritius, the Andamans and north western Australia c.1780 to c.1920. As the 'mood/adverb' for writing and painting about empire, the conditional is here taken as the barely visible interstice between slavery and labour: it slips between the contract and the customary, between sympathy and recognition, despotism and utilitarianism.

Aspects of this research on the conditional focus on the idea of the 'indent' (binding contract, petition, penal tattoo); magic, folklore and ghosts in the colony; the thresholds between travel as imaginaire and coercion (indenture, penal labour, bondage, coolie occupancy); how missionaries might have unwittingly encouraged idolatry in their pastoral/collecting practices and the working out of an 'acivil contract of photography' that sought to attend to the 'figure' of the indentured labourer.

In 2014 Natasha was invited to be Visiting Teaching Professor at Williams College/The Clark Institute of Art for 2015-16.

In 2013 she received a UCL Travel Grant which enabled her to organize and act as a co-respondent at the College Art of Association's annual conference (where she convened a session on art, anthropology and travel with Professor Dohmen). Such funding also enabled Natasha to hold the symposium 'South Asian Encounters: Empire, anthropologies of travel and the visual' which she and Dohmen devised and organized at the South Asia Institute, Columbia University, New York. This event was generously sponsored by Columbia University and supported by the Historians of British Art Association.

Dr Eaton's first book Mimesis Across Empires: Artworks and Networks in India 1765-1860 (125, 000 words, funded by The Getty, The Historians of British Art, a UCL publications award and The Paul Mellon Centre) was published in the 'Objects/Histories: Critical perspectives on art, material culture and representation' series edited by Nicholas B. Thomas, Duke University Press, in Fall 2013. Mimesis across Empires focuses on the visual and mimetic entanglements of the Mughal Empire and the English East India Company with an emphasis on the agency of images in the formation of a vertiginous, hybrid aesthetic and its relationship with creole governmentality in South Asia.

The book was fortunate enough to be chosen by Professor Katherine Hacker as the text book for an advanced level graduate seminar in 2014, South Asian and South East Asian Art, University of British Columbia:

" " "The mirroring of mirrors: Mimesis, visual encounters and anxieties in colonial India. The concepts of mimicry and hybridity as enunciated by postcolonial theorist Homi Bhabha have been much discussed and critiqued yet remain incredibly useful analytical tools. Natasha Eaton, in her ambitious new book Mimesis across Empires: Artworks and Networks in India 1765-1860 (Duke, 2013) employs Bhabha as well as Michael Taussigs Mimesis and Alterity (a seeming clash of ideas and methods) to show just how multidimensional (and conflictual) mimesis can be. Following Eaton, our seminar will be organized around a series of case studies to explore how mimesis works as a flexible strategy rather than as a process of imitation."

Published late 2013 was Natasha's second monograph, Colour, Art and Empire (125,000 words, I.B.Tauris- a project awarded a Clark Art Institute Fellowship, funded by a UCL publications award), which questions the agency of color as excess, magic, waste and as technologically clandestine in relation to the material, artistic, physiological and philosophical practices of the Mughal and British empires, Indian nationalism and postcoloniality.

Natasha is really interested in supervising MA and doctoral theses concerned with the visual cultures of South Asia and/or 18th- to 20th- century Britain and the British Empire; the relationship between material culture and visual ethnography; the problematics/enchanted technologies of colour and the poetics, affect/governance of collecting.

Recent/current PhD students include Sanjukta Sunderason, Emilia Terracciano and Sabitha Thekke Prakkottuthody. Sanjukta, Sabitha and Emilia, all of who work on the relationship between art, South Asia, politics and modernity, have had their projects funded by one or more of the following: the Commonwealth Scholarship; the AHRC; the UK-India Education and Research Initiative; the Yale Center for British Art; UCL. 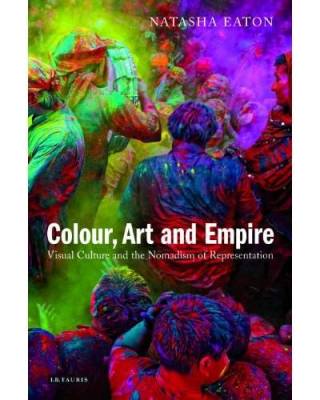