Congratulations to Dr Jacopo Gnisci who has been awarded an AHRC-DFG grant of roughly €700,000 for the project 'Demarginalizing medieval Africa: Images, texts, and identity in early Solomonic Ethiopia (1270-1527)' 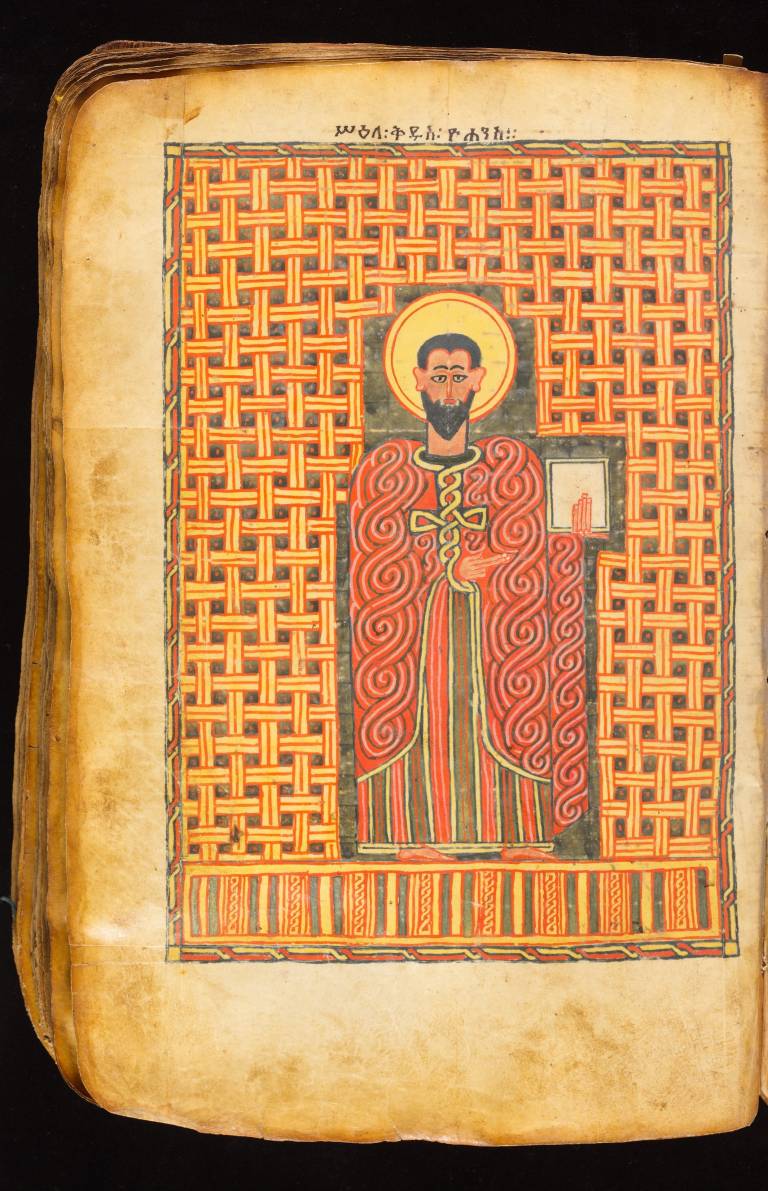 Dr Jacopo Gnisci’s project Demarginalizing medieval Africa: Images, texts, and identity in early Solomonic Ethiopia (1270-1527) has been awarded an AHRC-DFG grant of roughly €700,000 (AHRC Grant Ref. no. AH/V002910/1; DFG Projektnummer 448410109). The project, which will benefit from the expertise of Professor Theo Maarten van Lint (Calouste Gulbenkian Professor of Armenian Studies, Faculty of Oriental Studies, University of Oxford), will be co-directed by Professor Dr Alessandro Bausi (Director of the Abteilung Afrikanistik und Äthiopistik and Director of the Hiob Ludolf Centre for Ethiopian and Eritrean Studies, Asien-Afrika-Institut, Universität Hamburg) and Dr Jacopo Gnisci (Lecturer in the Art and Cultures of the Global South, History of Art, UCL and Visiting Academic, The British Museum).

The project intends to shed new light on the art, history, and culture of the Ethiopian Empire during a period going from the rise of a new dynasty which claimed to descend from the biblical King Solomon in 1270 to its near collapse in 1527, through a series of collaborations with libraries and institutions across the world, and to set up a platform for exchange between scholars working on the history of manuscript illumination – with a particular focus on the Oriental Orthodox traditions of the Armenian, Coptic, and the Syriac worlds – and on the Christian arts of Ethiopia and Eritrea.

The colourful hieratic images that decorate Ethiopic manuscripts produced during the time span considered by this project – conventionally known as the early Solomonic period (1270–1527) – are unlike anything else produced in sub-Saharan Africa. These illustrations embody the spiritual aspirations and cultural identity of the artists who made them. The Ethiopian Empire was the longest-lived empire in Africa after that of Ancient Egypt. However, while there have been thousands of publications on the arts of Ancient Egypt, the visual culture of Ethiopia continues to be marginalized and misrepresented. Most survey books of medieval art and manuscript illumination overlook the evidence afforded by the rich literary tradition of the Ethiopian Orthodox Church. Likewise, many survey books of African art disassociate the heritage of Ethiopia from the rest of the continent. Ethiopian art thus remains unjustly at the periphery of academic discourse about African and medieval art, and at the fringes of debates about medievalism and orientalism, while the work of Ethiopian artists continues to be inappropriately looked at to identify a succession of foreign “influences” from non-African contexts rather than to understand the cultural, religious, and socio-political significance of their activities. It is high time for an approach that pays attention to the representational intentions of Ethiopian artists. By looking at the illustrations in medieval Ethiopic manuscripts, focusing especially on hitherto little-known examples in collections in Germany and the UK, this project aims to improve our understanding of this material through a range of publications and activities that will reconstruct the vibrant cultural and religious history of the Ethiopian Empire during the early Solomonic period.