Much of Andrew Patrizio’s recent writing and teaching has promoted the value of art history to represent and resist the climate crisis. His work, alongside a rising number of other scholars and artists, seeks to mobilise the discipline to make visible and tangible the conditions of the Anthropocene.

This talk is based on a work-in-progress chapter exploring the complex relationship between the idea of eco-apocalypse and visual art practice since 1960. It will offer a picture of the current apocalyptic condition as deeply undramatic and, in that sense, disappointing.

‘Apocalypse’ has been depicted by numerous artists globally (from medieval manuscript illuminators to the Romantics), first as a visualisation of Christian doctrinal warning and then more generally as a cultural trope for a variety of apocalyptic forms (nuclear war, migration, racial tension, famine). Climate collapse, global warming, pollution, toxicity and plastic proliferation, genetic mutation and viral spread are recently ecologically-framed manifestations on a similar register. These formations are worked on by artists, particularly those employing systemic, critical, relational and conceptual approaches. The disaster is now materially unfolding and seems disappointingly unconcerned with redemption and human futures, whilst being at the same time entirely caused by industrialised humans (expressed through resource depletion, rising waters and mass extinction). It is now difficult to imagine in the visual arts the notion of apocalypse without registering the material presence of climate crisis.

In collaboration with the Research Seminar Series. More details:

Monday 11 March 2019 - Out of the Confines: early modern and contemporary research-in-progress

Monday 25 February 2019 - Looking for the Ideal Form: How the French Revolution shaped prison architecture and the writing of its history 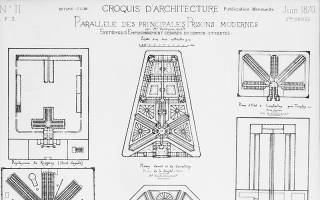 Monday 18 February 2019 - Hideouts: the architectural analysis of the secret infrastructure of Jewish survival during the Second World War 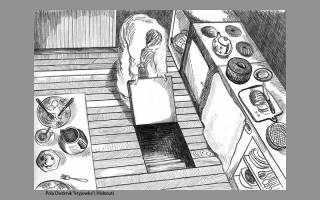 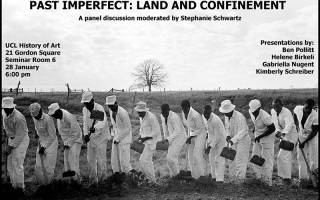 Please join us for this IAS Book Launch for Derek Jarman's Medieval Modern by Robert Mills (UCL History of Art). The event will feature the author in conversation with Mark Turner (English Department, King's College London).

Monday 21 May 2018, 6pm - The Impossibility of Socialist Realist Art 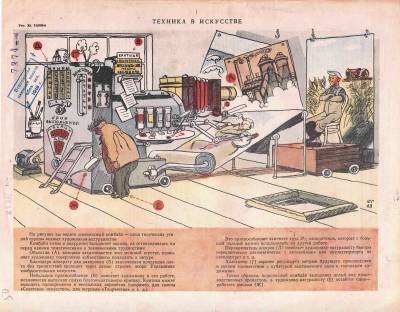 The exhibition, currently showing at the Lethaby Gallery, is the result of a collaboration between Central Saint Martins and the research project 'Bilderfahrzeuge: Aby Warburg's Legacy and the Future of Iconology' at the Warburg Institute.

Hans Christian Hoenes, one of the organisers of METADATA, will join us and say a few words about the concept and genesis of this collaborative exhibition project.

We will meet at 6pm inside the Lethaby Gallery

poster for the event (pdf)

All events will take place from  6pm in Seminar Room 6, 21 Gordon Square unless otherwise stated.