UCL History of Art is a diverse and inclusive department, and our 'Staff Journeys' series highlights the different routes that our staff have taken to get to where they are.

My Journey as an Art Historian – Professor Bob Mills

I’ve always been fascinated by the past and inherited my love of history from my parents, who taught the subject at a secondary school in Essex. As a child I lived within easy reach of cities such as Cambridge and London, and my siblings and I were fortunate to be taken regularly to museums and galleries. When I was around nine years old, I remember being given a book on how to look at paintings and this inspired me to paint a huge picture in the style of Picasso’s Guernica at my next school art class. I feel lucky to have had these interests nurtured from an early age. 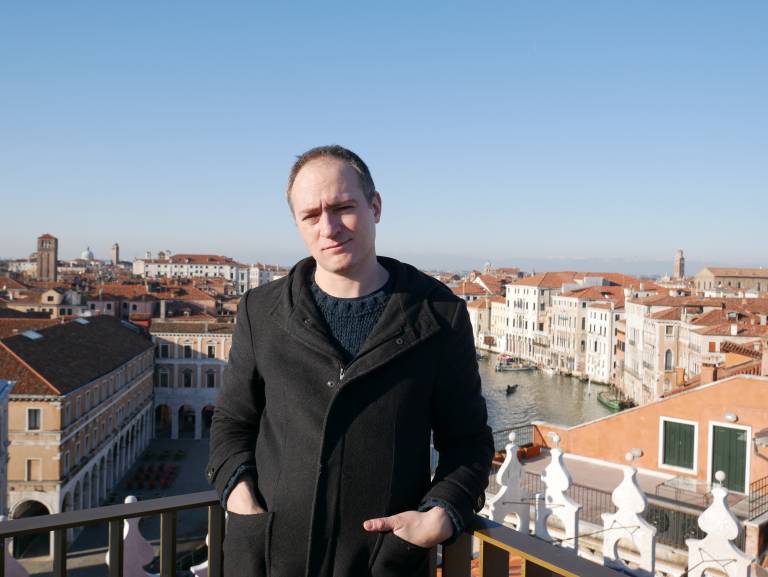 My mother was the first in her family to go to university, travelling from Manchester to the University of Exeter in 1969 to complete a degree in social administration. Although she’d had to leave school early in order to work and support her parents, she’d been determined to go to university and ended up studying A-levels independently through a correspondence course. While in retrospect she wishes she’d studied an arts-based subject like my dad (who had enrolled on a BA in History and Archaeology at Exeter a couple of years before her), I admire my mum’s grit and resolve in obtaining a degree against the odds. Later, having raised a large family, she trained to be a teacher and ended up getting a job in the same school as my father, who’d taught history there since the mid-1970s.

When the time came for me to go to university myself, I couldn’t quite make up my mind whether I wanted to focus on literature or history so ended up applying for degrees in medieval studies that would allow me to study both and more. My reasons for choosing to specialise in the Middle Ages had less to do with the period itself than with the degree’s unique interdisciplinary structure. As well as taking options in literature, languages and history, I also had the chance to do some art history and was especially inspired by a course I took with Paul Binski on the medieval art of death, which opened my eyes to the relationship between visual culture, religion and social history.

I completed my BA at the University of Manchester. Originally, however, I’d been offered a place on a programme at Cambridge, where I’d also been to school. I turned this offer down in favour of Manchester, a decision that, while somewhat unusual in view of the prestige attached to Oxbridge, was definitely the right one for me personally. As well as having family connections with Manchester, I’d realised from an early age that I was gay or at least different from other boys around me. But growing up in a village in north Essex, and going to a secondary school where homophobia was rife, I felt that I wouldn’t be able to come out unless I got away to a big city where I could be ‘me’. 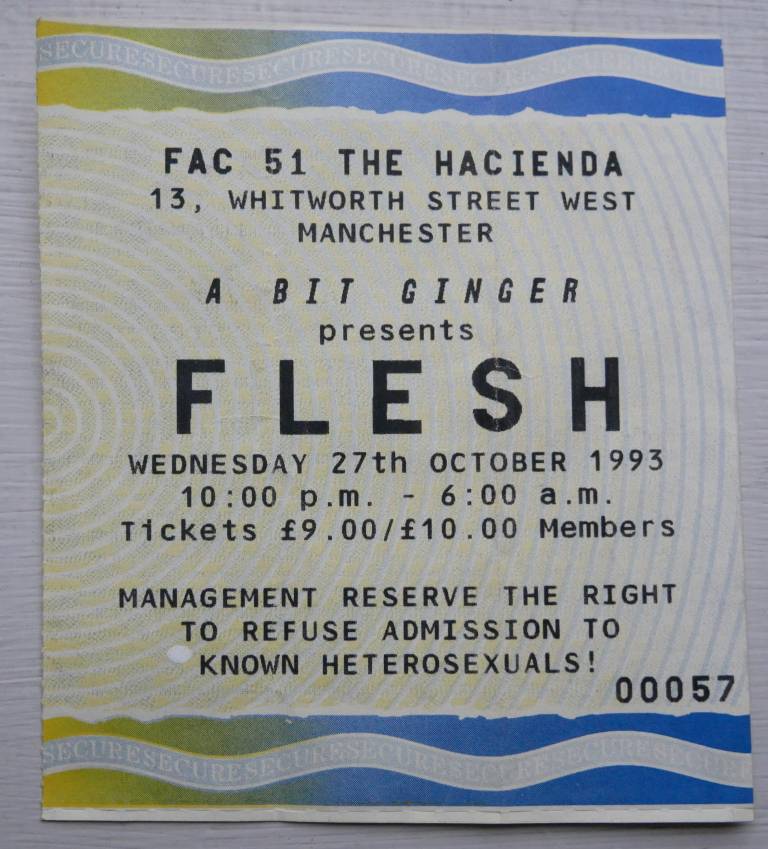 In the early 1990s, Manchester was one of the best places in the UK to be LGBT+ and my first experience visiting a gay club was in early 1992, when I went to a night at The Haçienda called ‘Flesh’. This had been billed as an alternative to the mainstream gay scene and was promoted as a night of ‘serious pleasure’ for ‘Queers’. Queer was a much-discussed term at the time: for some it was offensive, while others saw it as a focal point for political activism. During my childhood, queer had been used almost exclusively as a term of abuse and I remember my primary school teacher once lamenting in class the fact that even the word ‘gay’ didn’t mean what it used to anymore. These debates gave me a strong sense of the shaping effects of language on sexual and gender identities through time – issues that I also ended up pursuing in my academic work, culminating in my book Seeing Sodomy in the Middle Ages. 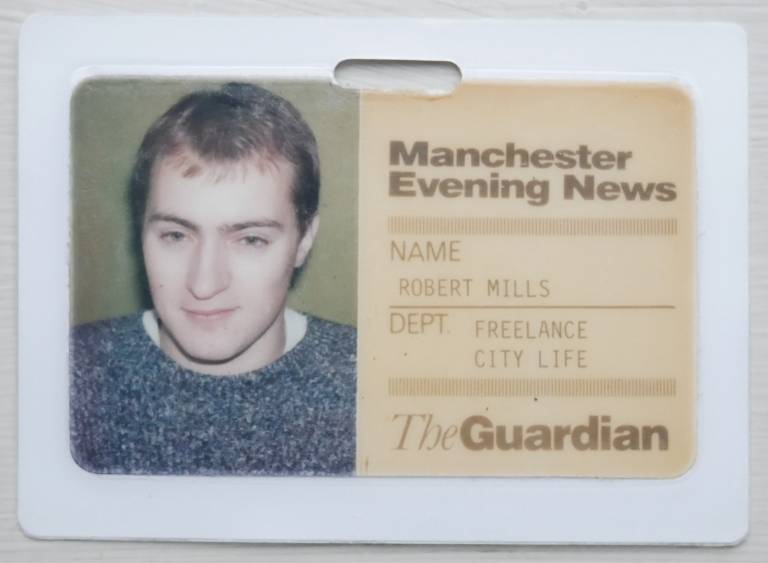 After completing my undergraduate degree, I enrolled on an MA in art history, also at Manchester. Around the same time, I began working as a freelance writer, including contributing regular columns and reviews to the Manchester branch of the street paper Big Issue and a local listings magazine called City Life, which was part of the Guardian Media group. I continued writing art criticism after graduation and I’d probably have ended up working full time as a journalist if I hadn’t received funding to support my doctoral studies. 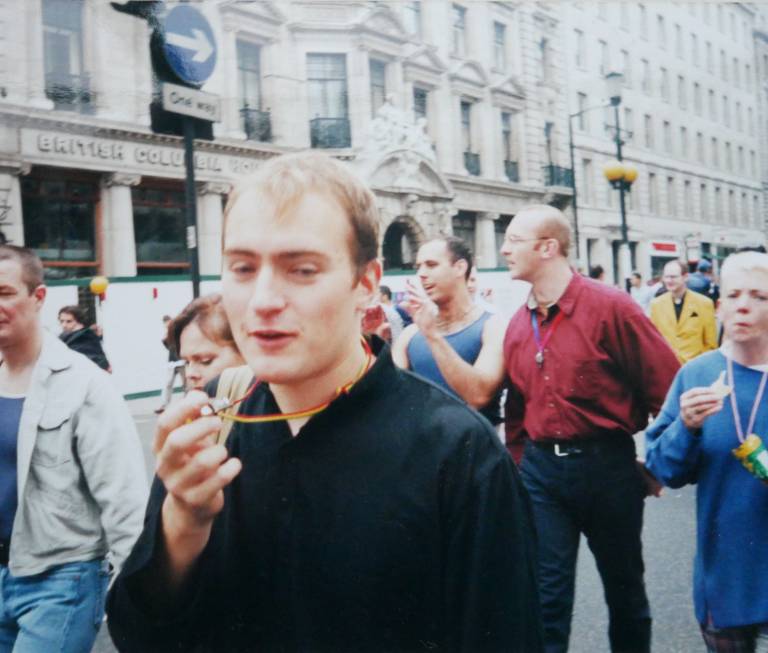 Bob attending a London Pride march in 1998 during his PhD

For the PhD I ended up back in Cambridge. This was definitely less of a party town than Manchester, but I did have the opportunity to develop my interests in gender and sexuality academically as a result of participating in a lively queer reading group, which was convened by students at one of the colleges in the late 1990s. Reading key works by the likes of Judith Butler and Eve Sedgwick was a real eye opener and contributed to my doctoral research on representations of pain and punishment in medieval art and culture, which was the basis for my first book Suspended Animation.

Queer theory also gave me tools to understand my own sense of identity and desire. I identify as a gay man and he/him are my preferred pronouns, but I don’t feel strongly invested in masculinity as a binary category. One of my earliest memories is being taken to the doctors for earache and feeling humiliated by the revelation that what was causing the pain was the fake pearl I’d inserted into my earhole and forgotten about. No doubt I’d imagined that the jewel would be the perfect complement to the rings I’d styled a few days earlier from pieces of recycled tinfoil! When I was at primary school I was perceived as a ‘sissy’ and remember sometimes being told by my male classmates to get into the ‘girl’s line’ when we queued for lunch. These early experiences were formative and have given me a strong sense of affiliation with anyone who finds themselves being misgendered or treated differently because they don’t conform to stereotypes.

My book on medieval sodomy gave me a chance to interrogate these issues as they pertain to the distant past but always also with an eye to the present and future. Throughout my career, indeed, I’ve been keenly aware of the importance of history to my and other LGBT+ people’s sense of selfhood and belonging. In recent years I’ve pioneered activities such as developing a queer-themed walking tour of Bloomsbury, and curating an exhibition about UCL’s own queer histories, as a means of fostering a sense of solidarity among staff, students and the wider LGBTQ+ community. Not being gay wouldn’t inevitably have prevented me from working on such projects but having a personal investment has certainly been a motivating factor. 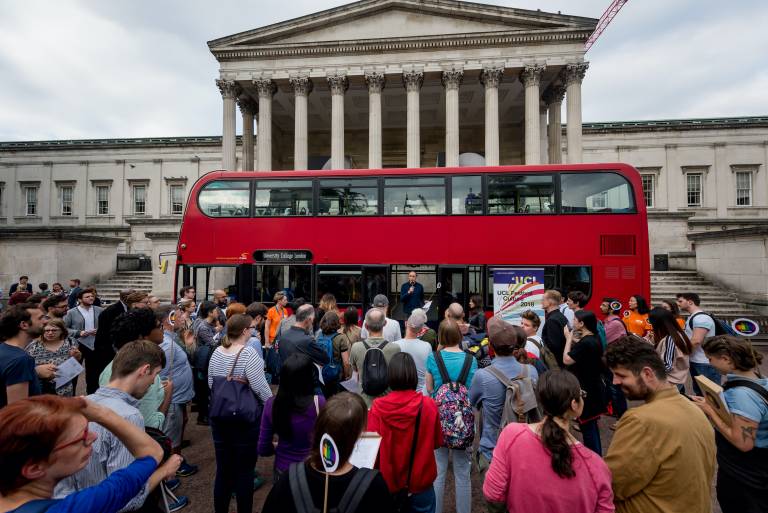 My journey to becoming an art historian has had some twists and turns along the way – not least the fact that the first lecturing job I landed after completing my PhD was in the English Department at King’s College London, where I happily spent more than a decade teaching medieval literature. I’m particularly proud of the way in which I’ve managed to maintain my commitment to interdisciplinarity throughout my career, while also carving out a space to reflect critically on images, ideas, identities and social structures that we might otherwise take for granted.