The Institute of the Americas has established a number of research networks and gives its support to other scholarly groups by co-organising and hosting events, as well as assisting with publications. 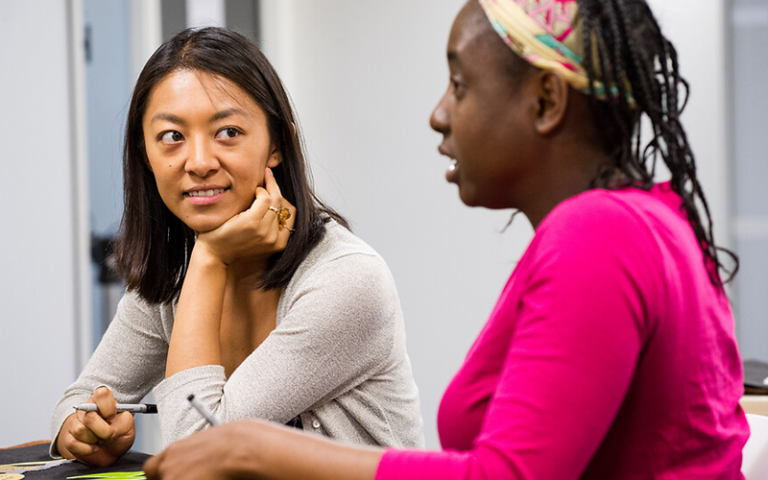 Composed of a diverse group of international researchers across numerous disciplines in the humanities, the social sciences and beyond, the UCL Americas Research Network was established in 2013 and exists to facilitate interaction between postgraduate students and early career researchers working on any aspect of the Americas, with the aim of creating a dynamic, interdisciplinary community that can enhance the level of scholarship on the region.

British Academics for a Colombia Under Peace

British Academics for a Colombia under Peace (BACUP). The BACUP network is open to all academics in the UK from any discipline who have an interest in Colombia. As a network of scholars, BACUP understands its role as building a group of critical friends to this peace process, contributing deeper understanding of the diverse historical roots of armed conflict and violence as well as looking forward to what a Colombia 'under peace' might look like. For further information please contact any BACUP member.

The Canada-UK Research Network (CAN-NET) was established by Dr Tony McCulloch in order to formalise contacts between the UCL Institute of the Americas and universities and other organisations in Canada as well as with Canadian institutions and centres in the UK and elsewhere. The focus of the network is Canada-UK relations broadly defined, including not only governmental relations but also transnational relations across a wide spectrum of politics, economics, literature, science, culture and society. It is open to Canadians and Canadianists with an interest in some aspect of Canada-UK relations and its central aim is to encourage research and teaching in Canada-UK relations - a field that tends to be overshadowed by the attention devoted to the ‘special relationship’ between the UK and the USA .

CAN-NET has five main objectives. Firstly to keep an open register of expertise in Canada-UK relations; secondly, to foster links with UK-based organisations such as the Foreign and Commonwealth Office, the Canadian High Commission, the Quebec Delegation in London, the Canada-UK Council, etc; thirdly, to develop partnerships between UCL and appropriate universities and organisations in Canada, such as the University of Toronto. Fourthly, to attract funding for scholarships and activities in the area of Canada-UK relations. And fifthly, to organise significant events, especially conferences, that lead to publications on Canada-UK relations, broadly defined. Future events will be advertised through the Institute's communication and social media channels.

A themed issue of the London Journal of Canadian Studies on Canada-UK relations is also at the planning stage. The LJCS – now in its 35th year – is currently edited by Tony McCulloch and published by UCL Press.

The Cuba Research Network (CRN) aims to bring together researchers from a wide range of disciplines who share an interest in Cuban history, economy and society, or are working on research projects with Cuban partners. The CRN provides a forum that aims to improve interaction, dissemination of information, sharing of research and fostering of academic discussion. The CRN is coordinated by Dr Emily Morris, whose work on Cuba focuses on the economy and the Havana sustainable mobility project. Other UCL Institute of the Americas staff and associates with a research interest in Cuba-related topics are also part of the network.

The London Transitional Justice Network (LTJN) is an inter-university and interdisciplinary network of scholars, practitioners and policymakers from the wider London area (and beyond) who have research interests in the politics, policies and processes of transitional justice. For further information please contact the LTJN co-chair: Dr Par Engstrom

The Radical Americas Network was established in 2012 to highlight the benefits of hemispheric, comparative and transnational approaches to the study of the various historical, political and social contexts in which radicalism has developed in the Americas. We are an active international network of diverse scholars working within and across multiple academic disciplines. We hold annual symposiums at the UCL Institute of the Americas and have organised several one-off events,  including panels on violence in Mexico, the peace process in Colombia, and the socio-environmental impact of dams in Brazil. They also have an open-access peer-reviewed journal: https://www.uclpress.co.uk/pages/radical-americas

For further details about the network please contact: radicalamericas@gmail.com

The Westminster in the Caribbean network seeks to address the urgent need for an expanded and updated analysis of the experience of Westminster in the Caribbean. The network will consider how the political model inherited from Britain was adapted to the conditions of the Caribbean, its impact on Caribbean democracy and the challenges the model has faced over the period of independence. The network encourages dialogue across a number of borders to bring new insights to critical debates about the evolution and perceived decline of democracy in the region. To enquire about participating in the network please contact katherine.quinn@ucl.ac.uk