Our Visiting (or Affiliate) Academics actively participate in a variety of activities by contributing to the Institute's events, research and teaching programmes. 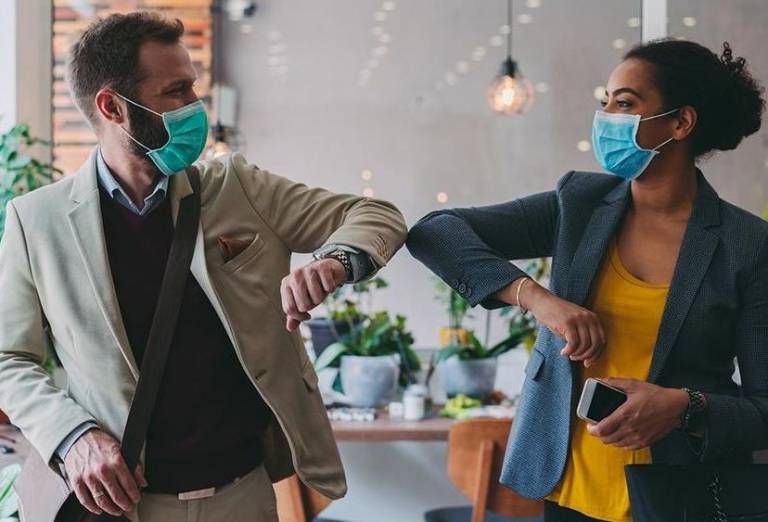 If you are interested in applying to become a visiting scholar at UCL Institute of the Americas, please consult UCL's general guidance and terms and conditions here.

Victor Bulmer-Thomas is Honorary Professor at the UCL Institute of the Americas and Professor Emeritus of London University. He was Director of the Institute of Latin American Studies from 1992 to 1998 and Director of Chatham House from 2001-2006. From 2007 to 2010 he was Visiting Professor at Florida International University during which time he produced his latest book, The Economic History of the Caribbean from the Napoleonic Wars (Cambridge University Press, 2012). He has published extensively in the field amassing over 20 books either as author or as editor, including his Political Economy of Central America since 1920 (CUP, 1987); The Economic History of Latin America Since Independence (CUP, 1994, 2nd edn. 2003) and the two volume Cambridge Economic History of Latin America published in 2006.

Honorary Research Fellow
Dr. Elena Butti is a Honorary Research Fellow at the Institute of the Americas, University College London and a Research Associate at the Centre on Conflict, Development and Peacebuilding of IHEID in Geneva. She holds a PhD and a Post-Doc from the University of Oxford. Her research interests revolve around youth, drugs, crime, and precarity at the urban margins in Latin America and Colombia, specifically. Her current book project "We Are the Nobodies: Youth, violence and drug-dealing in and around Medellín" is an ethnographic exploration of adolescents’ first steps into drug-related crime in contemporary Colombia. She has collaborated with several international organizations on matters related to the Youth, Peace and Security agenda, and she currently works as the Global Youth Programming Advisor for the humanitarian NGO War Child. Elena also an amateur film-maker and have made extensive use of participatory film-making as an ethnographic research technique. More info about Elena’s research, work, and films can be found at www.elenabutti.com.

Dr Elizabeth Cooper is the Curator for Latin American and Caribbean Collections at the British Library. She is an Honorary Research Fellow at UCL, co-supervising Naomi Oppenheim’s PhD studies as part of a Collaborative Research Partnership between The British Library and UCL Institute of the Americas.

Steve Cushion is co-convenor of the Caribbean Seminar series at UCL Institute of the Americas. He has published books and articles on the Cuban revolution, Caribbean labour history, anti-Nazi resistance, the Grenadian revolution, reparations for slavery and climate change.

As assistant secretary of the TUC LESE Environmental Sustainability and Just Transition Network he is working with the Oil Workers Trade Union of Trinidad and Tobago, the Southern Trelawny Environmental Agency and the Jamaica Environment Trust with the aim of developing a Just Transition policy for the extractive industries in the Caribbean.

As a member of the TUC LESE Reparations for Afrikan Enslavement Steering Group he is investigating links between slavery and Dorset.

Gad Heuman is one of the convenors of the Caribbean Seminar at the Institute of the Americas. He is Professor Emeritus at the University of Warwick and a former Director of the Centre for Caribbean Studies at Warwick. He is the author of Between Black and White, The Killing Time and The Caribbean: A Brief History and has edited books on Slave Resistance, Labour, The History of Slavery, and the Post-Emancipation Caribbean. He is the editor of the journal Slavery & Abolition.

Dr Hope is a Lecturer in Political Economy in the King’s College London Department of Political Economy. He is an Honorary Lecturer at UCL, in his role as secondary supervisor for one of our research students. Learn more about Dr David Hope.

Dr Johnson is a Lecturer in US Politics & Policy at Queen Mary University of London. He is an Honorary Research Fellow at UCL, in his role as secondary supervisor for one of our research students. Read more about Dr Johnson.

Dr Matlin is a Reader in History of the United States of America at King’s College London. He is an Honorary Research Fellow at UCL, in his role as secondary supervisor for one of our research students. Read more about Dr Matlin.

Tom Packer is an Honorary Research Fellow at the Institute of the Americas. He is also an Associate Fellow at the University of Oxford’s Rothermere American Institute in 2020-21. His research and teaching interests include US politics, elections, US Conservatism, and US history broadly defined. Previously, Packer has been a lecturer in US history at Oxford, a fellow in American Studies at both Warwick and the School of Advanced Studies (University of London), and a fellow in US Politics at Durham. His current research project is a study of Senator Jesse Helms and the politics of North Carolina.

Past Honorary and Visiting Academics

Find out how some of our past visiting academics spent their time with us:

From 2004 to 2015 Dr Bronfman was Representative of The Ford Foundation for Mexico and Central America and in charge of the Cuba portfolio. Dr Bronfman spent a month at UCL-IA writing a report on the Future of International Cooperation with/from/on Cuba.

Professor Richard Follett  was the British Association for American Studies/UCL Institute of the Americas research fellow in 2014/15.

Professor Follett is currently writing White Fright: Slave Revolts in American Memory, a history of slave rebellions and their legacies from the 18th to early 20th centuries. He is also completing Plantation Kingdom: The American South and its Global Commodities, co-authored with Sven Beckert, Peter Coclanis, and Barbara Hahn. Both books are under contract with Johns Hopkins University Press. Visit Professor Follet's University of Sussex website profile here. [external source]

Dr Gartenlaub holds a PhD in Social Sciences (2018), Masters of Arts in Political Science (2009) and Bachelor in Social Communication (2000) from the University of Chile (Chile). She was a visiting doctoral student at the University of Georgetown Center of Latin American Studies (CLAS) (2015). Also, she served as Communications Advisor to the Cabinet of the National Health Fund of the Government of Chile. She works on the areas of Elites and Political Parties, Social Public Policy, and Gender. Currently teaching and researching in the Universidad Autonoma of Chile. For more information on her research click here. [external source]

Dr Gilbert-Roberts is a Jamaican regionalist with an interest in the politics of development, particularly at the intersection of governance, regionalism and youth development.

While at UCL Americas, as a Commonwealth Academic Fellow, Dr Gilbert-Roberts explored the dynamics of youth participation in regional governance and the governance of development.

Morna Macleod is currently working on internal individual and family displacement triggered by organized crime in Central Mexico, and coordinates a monthly seminar bringing together academics, students and practitioners from various countries. Click here to visit Morna’s website [external source] for more information about her research.

Dr O'Connell was Lecturer in American History at the University of Gloucestershire at the time of his visiting fellowship at UCL Americas.

As part of the BAAS/UCL Americas Fellowship, Christian worked on a new project which examines the black American South in British popular culture. He looked at representations of the life, culture and history the black South in popular programmes, starting from The Black and White Minstrel Show, up to recent documentaries by Sir Trevor MacDonald, Rick Stein and Hugh Laurie. Read more about Dr O'Connell.

NOTE: Opening times, access to our premises and staffing levels may vary during the current period of public health regulations and guidelines and local resources. Please e-mail the staff member you wish to contact beforehand to agree on meeting arrangements.