Par Engstrom (BA UCL, MSc London, DPhil Oxford) is Associate Professor of Human Rights at the Institute of the Americas, University College London. He is also Visiting Professor at the Paris School of International Affairs (PSIA), at Sciences-Po, and he has been a Visiting Professor at the University of São Paulo, Brazil. Dr Engstrom is currently convening the Latin America course for the International Academy at the Foreign, Commonwealth and Development Office (FCDO). He has previously held academic positions at the Human Rights Consortium (University of London), Oxford Brookes University, School of Oriental and African Studies (SOAS), Warwick University, and at various Oxford colleges.

Dr Engstrom has worked with a range of human rights organizations and as a consultant for the Association for the Prevention of Torture; the Foreign, Commonwealth and Development Office (FCDO); and the European Parliament. He is currently a member of the Non-Executive Board of Directors at ABColombia, an advocacy project of a group of five leading UK and Irish organisations with programmes in Colombia. Prior to entering academia, Dr Engstrom worked at the United Nations Office of the High Commissioner for Human Rights (OHCHR) in Geneva.

Dr Engstrom is inescapably Swedish by birth and upbringing, British by naturalisation, European by lived experience, and hopelessly porteño by aspiration.

AMER0014 The Politics of Human Rights in Latin America: Challenges to Democratisation

AMER0015 The Politics of Human Rights in Latin America: Transitional Justice (not running in 2021/22)

Dr Engstrom is happy to supervise students in any area of his research expertise. Any prospective student is welcome to email him with a short research proposal and a CV.

Jaskiran Chohan (UCL Institute of the Americas), "Between Compliance and Resistance to the Global Corporate Food Regime in Colombia: ZRCs and Prospects for Food Sovereignty", 2019 (subsidiary supervisor)

Alejandra Serpente (UCL Institute of the Americas), "Diasporic Argentinean and Chilean identities in Britain: The traces of dictatorship in second-generation postmemory", 2014 (subsidiary supervisor) 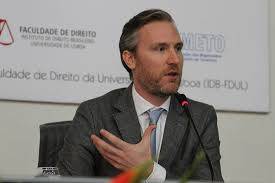