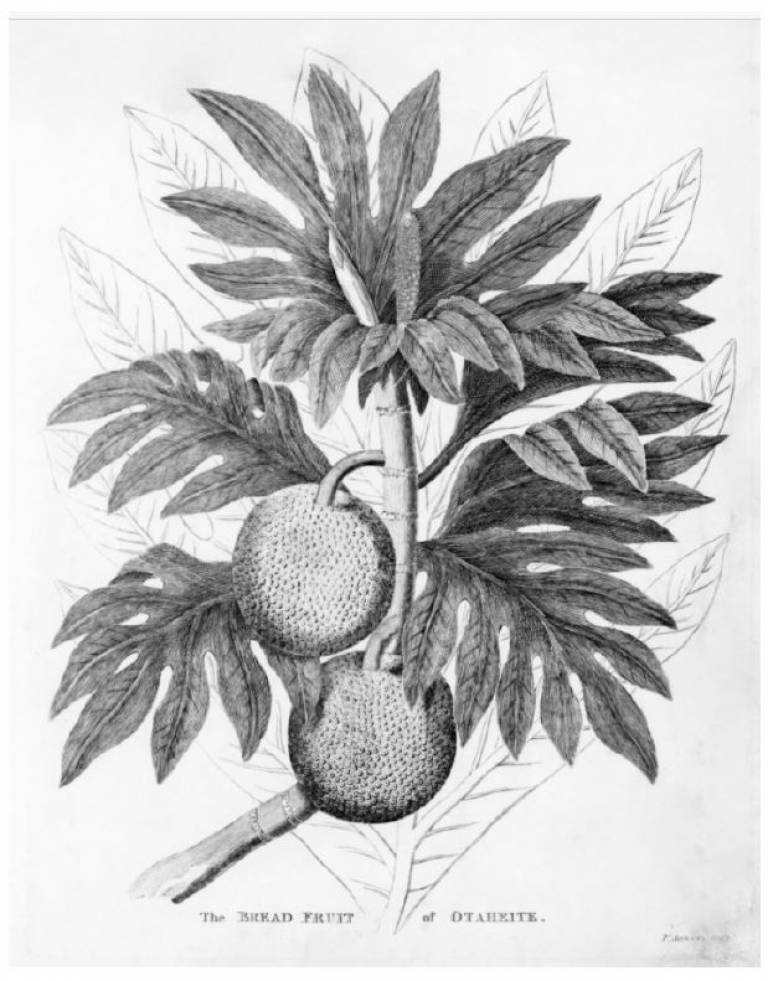 This seminar will explore a new oral history project and exhibition at the Garden Museum focused on the horticultural traditions that Caribbean people carried with them when they moved to the UK after World War II: from breadfruit, provision grounds, and botanical gardens, to chocho, ackee and the green spaces of South London.

Subsistence and small-scale agricultural production played a significant and unique role in the history of Caribbean people. Small plot cultivation long comprised a widespread grassroots alternative to dependency on plantations and export driven mono-crop agricultural development in the Caribbean – from colonial slave society through to the present day. Over centuries, horticulture in the Caribbean also formed the basis of traditional medicinal practices as well as resistance to slavery and colonial exploitation. At the same time, British imperial expansion and power was intimately tied to the development of the botanical sciences and the creation of botanical gardens, as well as the transplantation and cultivation of crops across the British Empire.

How did the horticultural knowledge and traditions of the Windrush generation shape their experiences of migration and community building in the UK? What plants and foods did Caribbean migrants grow – and where? Do their stories transform our understanding of horticulture?

Janine Nelson is Head of Learning at the Garden Museum in London where she has worked for 14 years. Previously to this she worked as a schoolteacher for 20 years. Her educational background is in the Visual Arts. Janine was born in Jamaica and moved to the UK as a child in 1968. She is therefore a member of the Windrush generation of people coming from the Caribbean to Britain between 1948 and 1971.

Dr Elizabeth Cooper is a historian and curator. Her research focuses on social struggles over labour control and cultural expression in the Americas during the 19th and 20th century; and the new political identities and racial praxes those struggles produced. She currently works with heritage and cultural organisations to produce interpretation, cultural interventions and exhibitions. Prior to her current work she was the Curator of the Latin American and Caribbean collections at the British Library. Instigating public conversations and debate around history, culture and belonging – through exhibitions, collection development, research, publications and events – is at the core of her curatorial work and scholarship. Dr Cooper is an Honorary Research Fellow at UCL Institute of the Americas.

Edward Adonteng is currently studying an MSc in Political Thought at the School of Oriental and African Studies. His work focuses on the cultivation of revolutionary humanist, anti-colonialist thought/practice and the commitment towards building a praxis for decolonisation  in the 21st century. His recent bachelor’s dissertation, “Bridging  Anti-Colonial Thought: To what extent is Fanon’s anti-colonialist political thought a development of the theories of the Harlem Renaissance and Negritude Movement?”  was published  in December 2021. Outside of academia,  Edward is a budding horticulturist and has become the newly appointed Co-Director for the Ital Community Garden, located in Bellingham, South London. His participation in Sowing  Roots was  the direct catalyst for his gardening journey.