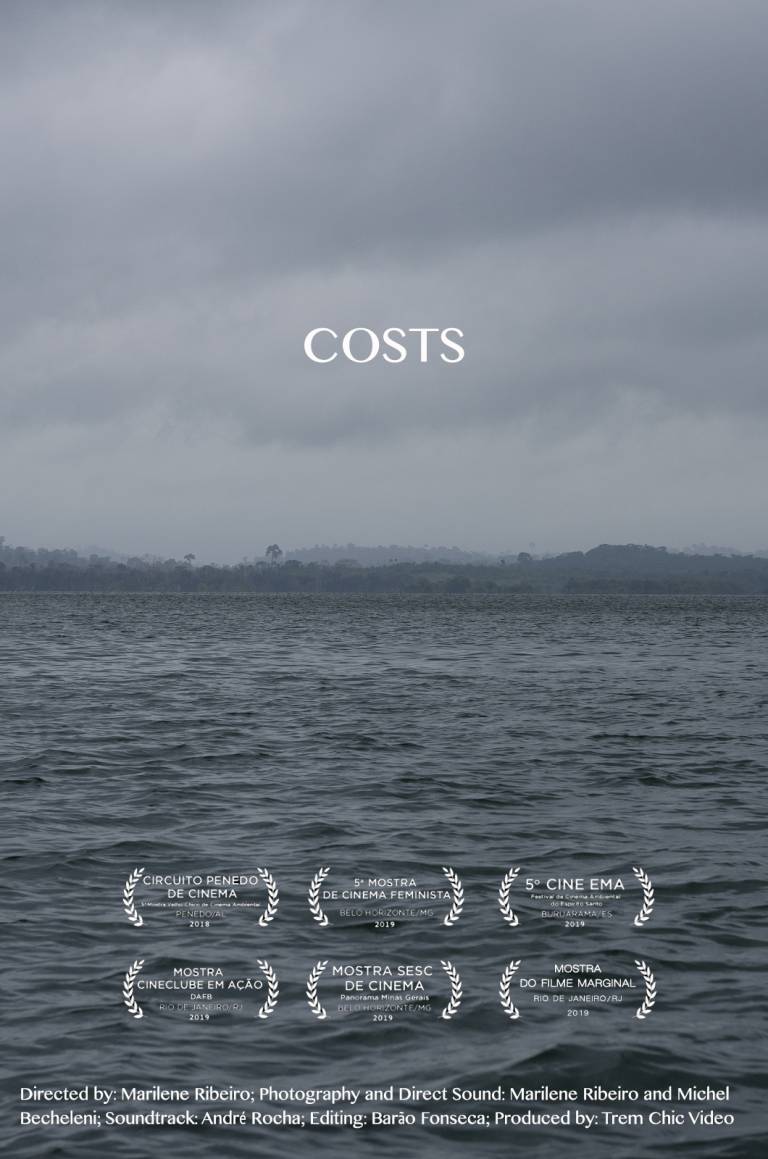 Radical Americas and UCL Institute of the Americas
ucl-ia@ucl.ac.uk

As a response to the current investment in large hydroelectric dams as a ground to Brazil's 'sustainable' economic growth, Costs addresses the impacts these endeavours have caused on both the environment and people. Director Marilene Ribeiro surveys three hydro schemes that happen at different times in Brazil (past - the Sobradinho dam, present - the Belo Monte dam, and future - the Garambi-Panambi dam complex).

The video engages with situations in which the impacts caused by dams emerge in a more sensitive way; for example, when participants of her project (individuals who have been affected by these ventures) draw, sing, or speak about their feelings and their interpretations of their lived experience. (20 mins – 2018)

"A very important and powerful film as it engages with   an absolutely urgent issue in a committed and touching way. It is delicate and it resonates its message deep inside us."

Marilene Ribeiro is a Brazilian artist and researcher whose practice is focused on identity and contemporary issues, especially those that tackle the relationship between human beings and other elements of nature, bringing together photography, intervention, and collaboration. Ribeiro’s projects engage with the politics of art and the role of image-based media in society. Amongst other prizes and grants, she has been shortlisted for the Arles Luma Rencontres Dummy Book Award, the Marilyn Stafford Foto Reportage Award, and has been awarded the Royal Photographic Society Award, the CNPq PhD Scholarship Grant, and   the International Art Residency Grant (Lab-MIS) by the Brazilian Museum of Image and Sound. Website: https://www.marileneribeiro.com

Kathy Hochstetler is a Professor of International Development at the London School of Economics and Political Science. Her interests lie in the study of environment and development and she has researched this theme from many angles, including global environmental negotiations, national environmental movements, and environment policy, primarily in South America. Her most recent published book is the prize-winning Greening Brazil: Environmental Activism in State and Society (Duke University Press, with Margaret Keck). She has also just completed a new book on the adoption of wind and solar power in Brazil and South Africa. Website: http://www.lse.ac.uk/international-development/people/kathy-hochstetler

Vanessa Horta is a prosecutor  of the Public Prosecution Office of Minas Gerais state in  Brazil.  She has been trained in environmental  law and is currently undertaking a Master in Advanced Studies in Human Rights  at the Carlos III University of Madrid, Spain. Her research focus is water as a human right in the context of the extractivism in Latin America. Horta has worked in defence of the environment, the historical and cultural heritage. Website: http://buscatextual.cnpq.br/buscatextual/visualizacv.do?id=K4264058H7