The Work of Activism in a Digital Age: #feminism and online hypermasculinity 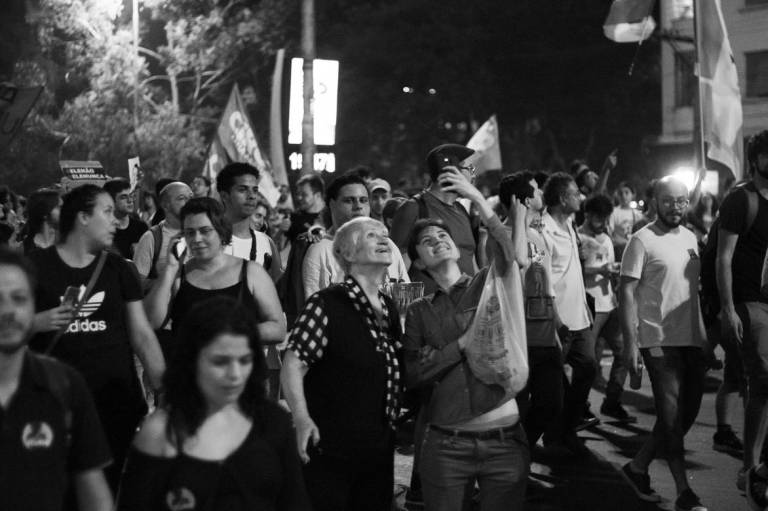 Feminist Politics and Conservative Backlash in Brazil: A seminar series
Co-organized by the University of West London

Brazil's 2018 election cycle was marked by unprecedented turmoil: The assassination of activist and city councilor Marielle Franco; the arrest of former president Lula; the rise and eventual election of Jair Bolsonaro. It was also a period of intense feminist mobilization, both on the streets and online: Mass demonstrations took place across 114 cities and were integrated through vibrant, wide-reaching digital campaigns. This symposium invites an interdisciplinary group of Brazilian academics to address the gendered political dynamics that shaped Brazil’s most recent elections and discuss the rise of the radical right at a time of expansion (and consolidation) of a broad feminist protest movement. For example: What forms of resistance are feminist activists (re)creating in Brazil? How does the recent cycle of new feminist movements impact manifestations of masculinity? Can ‘culture wars’ explain the current political polarization in Brazil? How can the attention to inequality and power structures be intersectionally combined to inform a broader understanding of Brazil’s current political scenario?

Professor of Anthropology at USP