Mariam (Biomedical Sciences 2015) is the founder and CEO of Oja, a one-stop-shop for ethnic groceries and cultural foods. Oja’s mission is to radically reshape groceries and make foods from all cultures accessible from anywhere in the world. Recently recognised in the 2021 Forbes 30 Under 30 Technology list, we caught up with Mariam to hear about her career story and memories from UCL. 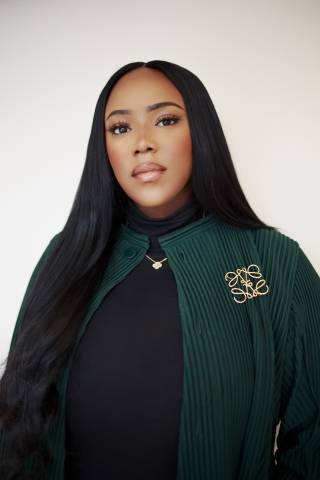 What inspired you to study at UCL?

As a Londoner, I wanted to stay in London to go to university, and being on a city campus was something I was interested in. I’ve always had good grades, and UCL is one of the top universities in London. When I visited UCL, I also really liked how international it felt.  A big draw was the rankings; it was clear I would be taught by world-renowned lecturers.

What was your experience of studying in London?

London is the best place to be in terms of social life, networking opportunities and placements. During my time at UCL, I kept bumping into other students continuously, and that really helped me to build my network. It was one of the reasons I was able to build my first business - a network for Black women called WCAN. It started off as a network connecting the Black women in London universities to each other. Had I been in a different city, I think it would have been quite hard to build that network, but it’s now turned into a 7,000 strong network of Black women across the UK.

Socially there are a lot of places to go, whether you like to go out to eat or drink which is really exciting. When I speak to my other friends, they might say there are one or two clubs where they are, but in London, you can go to a different club or bar every week. I also think that the opportunities are unparalleled. I interned each year within different industries, primarily finance and banking. I don’t think it matters where you want to intern – if you are based in London, you will probably find a connection to the companies you want to work with.

What is your favourite memory of UCL?

For me, it was being a part of the societies. I was a Sponsorship Officer for the African and Caribbean society which was great as I was able to get involved in all aspects of the society. There was a cultural show every year that I ran alongside another member of the team. I think being involved in those sorts of community initiatives at university helps to inform the way you do things in the future. My business Oja is all about connecting people to their cultures through their food and groceries and is built around that sense of community which I think I got from being a part of the African and Caribbean society at UCL.

How do you think UCL helped you to get where you are today?

UCL encourages you to be a well-rounded student, as well as work towards getting your degree. During my course there were other elements that you could pick up; for example, I did a maths course, and I joined societies. That was helpful for me as I’m the kind of person who likes to be involved in lots of different things.

UCL’s alumni network is really strong too. Even today, I meet people who went to UCL and there’s always a strong connection and understanding of the background we had. I feel we’re all quite similar and have entrepreneurial mindsets. When you tell people that you went to UCL they know exactly where it is, and I think people have a lot of respect for UCL.

What inspired you to start your own business?

For me, it’s always been about solving a problem. I like to get things done so if I feel strongly about a problem, I think "How can I fix this? And is this a problem other people are facing as well?" I started my first business at UCL while I was undertaking internships. When I’d get to the organisations, I would never see people who looked like me, so I thought there should be some form of support or network for Black women who want to go into the corporate world so they wouldn't feel how I felt – like there wasn’t a place for me here when of course there should be.

The idea for my current business Oja came while I was working long hours in banking which meant if I ever needed groceries, I had to order them. When I was ordering my groceries, there was a huge number of products that I would normally use when I was living at home that I couldn’t get access to. Even when I was at university, and somewhere as multicultural as London, I still had to go home to get some of the products I wanted to use, or my mum would bring products to my halls. It made me think that this must be a problem for more people than just me. So, the company I’m building right now aims to solve that problem. It doesn’t matter where you are, you should be able to get the products that you recognise and that remind you of home. That’s our mission.

It’s always an honour to have your work recognised by outside parties and people who think you’re doing cool things. It’s always good to be validated in that way, especially so early on.

Do you have any advice for current students?

Be open-minded and open to all opportunities that may come your way because you never know where you’ll end up! If somebody had told me when I was at UCL that I would be a CEO of a grocery start-up, I wouldn’t have believed them. That’s one of the great things about going to a university like UCL. You have all these different departments, and you can learn so much from your network and meet people who may be able to open doors for you to do things you never imagined you could. So, my advice would be to keep your eyes open for opportunities and don’t be afraid to seize them.